Apple today seeded the third beta of an upcoming tvOS 11.3 update to developers for testing purposes, two weeks after seeding the second beta and just a day after releasing the tvOS 11.2.6 update.

Designed for the fourth and fifth-generation Apple TV models, the tvOS 11.3 developer beta can be downloaded onto the Apple TV via a profile that's installed using Xcode and Apple Configurator. 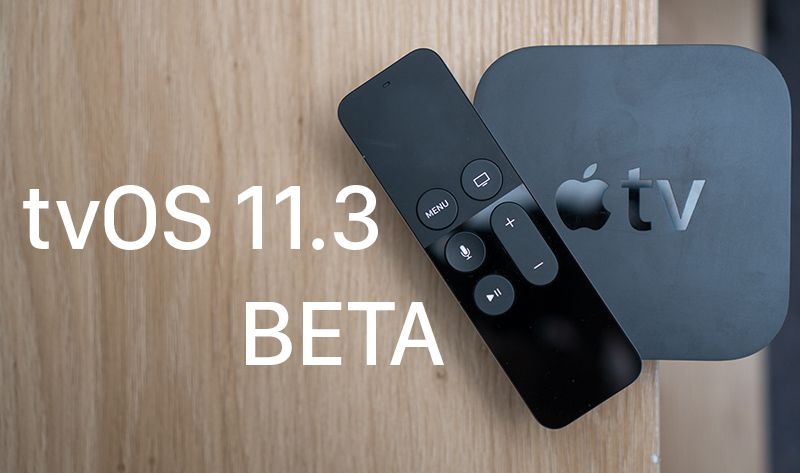 The tvOS 11.3 update introduces support for AirPlay 2, allowing the Apple TV to be added to the Home app as part of a HomeKit setup.

With AirPlay 2, you can play the same song on multiple Apple TVs in different rooms, and when AirPlay 2 officially launches, that functionality will extend to other AirPlay 2 devices like HomePod and AirPlay 2 compatible speakers.

Other new features in tvOS 11.3 include enhancements to Match Content support, automatic frame rate switching on the fourth-generation Apple TV (a feature that was added to Apple TV 4K in a past tvOS update), and automatic mode switching for AirPlay video sessions.

PhillyOM1
Has anyone used Airplay 2 Apple TV with the HomePod?
Rating: 1 Votes

Has anyone used Airplay 2 Apple TV with the HomePod?


This is the exact reason I came to this thread. I'm dying to hear mine in stereo.
Rating: 1 Votes

Only to control tracks. 11.3 beta 1 and 2 was still using AP1 to connect to the HomePod. AP2 has been removed from beta 3.

This is the exact reason I came to this thread. I'm dying to hear mine in stereo.