Days after the HomePod was released, there are still some new HomePod owners who are unable to use their new speakers due to HomeKit and Wi-Fi-related setup errors.

Because it's controlled entirely through Apple's Home app, HomePod connects to HomeKit and relies on a functional HomeKit setup to function properly. Based on reports on Reddit, the Apple Support Communities, and the MacRumors forums, there are a handful of different errors people are running into. 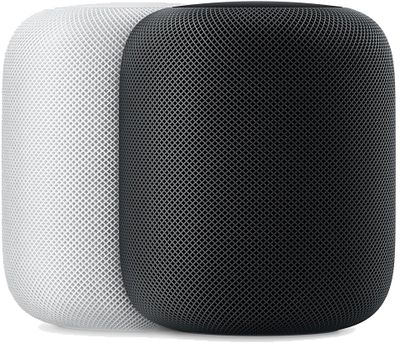 The most common issue seems to be error -6722 or a blank white screen when setting up HomePod, caused by a bugged HomeKit setup. According a HomePod troubleshooting document Apple published this week, there are several possible fixes for the issue.

Image via AppAdvice
First and foremost, devices need to be running the latest version of iOS (iOS 11.2.5 or iOS 11.3 if you're on a beta) and both the Music and Home apps need to be installed on your device. HomePod also requires both two-factor authentication and iCloud Keychain to be turned on.

If these settings are enabled and you're still seeing the error message and a screen in the Home app that says "Loading Accessories and Scenes," Apple says to let the Home app load for 30 minutes or longer until an option to erase and reset app comes up. It's not immediately clear that you need to run the app for so long to get to that erase option, so make sure to leave it open and running for the full period of time to get to the reset menu.

We had our own issues here at MacRumors, and one of our HomePod setups wasn't fully functional. We weren't running into the error message above, but none of the HomePod's settings were available. We were able to fix this issue by opening up the Home app, tapping the location arrow at the top left of the device, and choosing the "Remove Home" option to nix our current HomeKit setup.

After doing that and creating a new Home with a HomeKit device before attempting to re-add the HomePod, we were able to successfully set up the HomePod with HomeKit, so that's something other HomePod users with issues might want to try.

Other people have had success resetting the HomePod and trying again, logging out of iCloud, and resetting Wi-Fi, but redoing the HomeKit setup entirely seems to be the most reliable fix. There are. however, instances where even these fixes have not worked for a bugged HomeKit setup, and in that situation, you're going to need to get in touch with Apple Support for more advanced troubleshooting.

If you're running into a different setup issue, such as a failed Wi-Fi connection, it's worth noting that HomePod requires a WPA/WPA 2 Wi-Fi network. Some MacRumors readers were having problems with HomePod not properly recognizing their WPA network, and a reliable fix appears to be unplugging the HomePod and tweaking Wi-Fi settings to disable both auto join and audio login. HomePod does not work with Enterprise Wi-Fi setups or public or subscription networks with sign-in requirements.

Having ongoing HomePod issues with your own HomeKit setup? Let us know in the comments.

No issues with any of my HomePods.

Ok then. This is resolved, we can close this thread.
Score: 66 Votes (Like | Disagree)

Piggie
This seems again one of those classic issues I keep reading about here.
When I've read some Apple folk don't like the latest iOS version.
Then others saying "well don't upgrade then if you don't want to, no-one is forcing you"

Then we get things like this, which means, whilst an iOS upgrade it not actually forced, is may as well be, ans if you dare to say no to the latest iOS you care going to have problems very soon.
Score: 22 Votes (Like | Disagree)

My unoriginal sarcasm highlights Apple's issues with quality control. That kind of sarcasm has become all too common place regarding Apple products. I have a PowerBook 180 that still functions perfectly. Apple needs to get back to their roots of impeccable quality.
Score: 21 Votes (Like | Disagree)

AngerDanger
While it would've been nice if HomePods could pair as effortlessly as AirPods, I guess the former is more of a standalone product than the latter. It'd be one thing if they were both used for the same purpose…

First and foremost, devices need to be running the latest version of iOS (iOS 11.2.5 or iOS 11.3 if you're on a beta) and both the Music and Home apps need to be installed on your device. HomePod also requires both two-factor authentication and iCloud Keychain to be turned on.

This raises another question about HomePod I hadn't thought about before. Normally one buys a speaker and uses it until it blows outs. Used properly speakers can last decades. They don't really wear out unless they are misused. But HomePod requires software. We've seen how Harmony has intentionally bricked remotes because they don't want to support them. I have an old 802.11n Airport Express that is no longer supported by Apple even though it works fine. I wanted to turn it into an Airplay receiver but I couldn't with current Apple software. Thankfully some soul made a workaround so I could configure it and not have to toss it in the landfill.

So what about HomePod in this regard. Apple usually doesn't support products after 7 years. This otherwise perfectly good speaker will go in the trash in 7 years. Seems wasteful. I mean if it had an external "in" jack even if Apple did want to support wireless after 7 years it could be used as a standard speaker. But as designed it can't.
Score: 13 Votes (Like | Disagree)
Read All Comments