Verizon plans to stop selling unlocked smartphones as a way to deter criminals from stealing the devices, the company told CNET.

As of today, Verizon devices will be locked to the Verizon network and unlocked as soon as a customer signs up for service and activates the phone. Later in the spring, though, smartphones will remain locked until unlocked by Verizon, and Verizon has not yet shared details on how long it will keep phones locked before offering to unlock them. 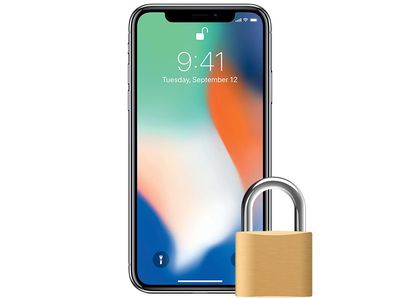 Verizon previously sold all of its smartphones, iPhones included, unlocked, which means they were not tied to the Verizon network and could be used with any carrier right after purchase.

Purchasing a Verizon iPhone has long been a way to get an unlocked device right away, as Apple often does not sell its own unlocked models until several weeks to several months after a new iPhone launches.

With the iPhone X, for example, all Verizon models sold in November were unlocked and were able to be used across different cellular networks.

Going forward, the smartphones that Verizon sells will be locked to the Verizon network. Smartphones locked this way will not be compatible with other carriers until unlocked by Verizon, which is similar to how other cellular carriers in the United States operate.

According to Verizon, the new policy is aimed at preventing criminals from stealing unlocked phones that can be resold or used overseas. "We're taking steps to combat this theft and reduce fraud, Tami Erwin, executive vice president of wireless operations for Verizon told CNET in a statement. "These steps will make our phones exponentially less desirable to criminals.

Verizon has not yet shared details on how its unlocking policy will work, but if it's like other carriers, such as AT&T, the company will offer to unlock a smartphone after a waiting period. AT&T requires customers to wait for 60 days, Sprint requires customers to wait for 50 days (and then automatically unlocks devices), and T-Mobile has a 40-day waiting period, but does offer temporary unlocking for customers who need to travel.

AT&T and Sprint require smartphones to be paid off before being unlocked, but CNET says Verizon will allow customers to unlock their devices regardless of whether or not they're paid off once the waiting period has expired.

Glideslope
"These steps will make our phones exponentially less desirable to criminals." Like yourselves ? :rolleyes:
Score: 69 Votes (Like | Disagree)

icanhazapple
Moved my whole family off of Verizon to T-Mobile (two 55+ year old parents with the two unlimited lines for $60 total with autopay) and my sister and I are on MetroPCS unlimited single lines ($60 a month for me for 50GB data + 15GB of hot spot data & $50 unlimited smartphone data for her line).

Was with Verizon since they were Airtouch Cellular. Most greedy company I've ever done business with. I'm so happy I've left them.
Score: 34 Votes (Like | Disagree)

TheIguana
Wow, Canada took one huge step forward this past year (finally) mandating all phones being sold be unlocked while the USA continues the tradition of lock it down...
Score: 34 Votes (Like | Disagree)

The FCC rules the following:

Verizon as always with it's greediness.

Don’t worry. Corporate-friendly (and former Verizon Employee) FCC Chair Ajit Pai probably will get his hands on that bit soon enough. But it will all be with the consumer’s interests in mind. Riiiiiiiiiight...
Score: 29 Votes (Like | Disagree)

Moved my whole family off of Verizon to T-Mobile (two 55+ year old parents with the two unlimited lines for $60 total with autopay) and my sister and I are on MetroPCS unlimited single lines ($60 a month for me for 50GB data + 15GB of hot spot data & $50 unlimited smartphone data for her line).

Was with Verizon since they were Airtouch Cellular. Most greedy company I've ever done business with. I'm so happy I've left them.

Wow, Canada took one huge step forward this past year (finally) mandating all phones being sold be unlocked while the USA continues the tradition of lock it down...

In the USA, Telecom companies have a very tight hold in Congress, Lobbyist are relentless when it comes to policies being favorable for them.
Score: 22 Votes (Like | Disagree)
Read All Comments