Apple today updated its HomePod support website with out-of-warranty service pricing for the speaker, which is arriving to customers in the United States, United Kingdom, and Australia starting today. 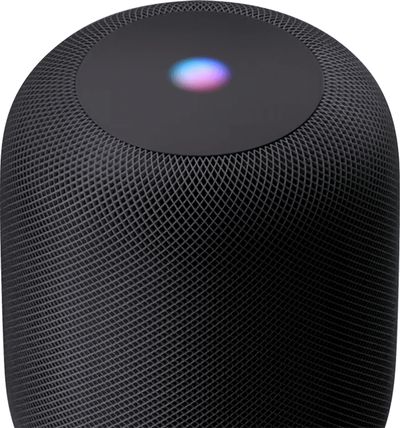 HomePod owners who do not purchase AppleCare+ will pay $279 in the United States, £268.44 in the United Kingdom, and $399 in Australia for Apple to repair or replace a HomePod with any damage, unless the issue is the result of a manufacturing defect covered by Apple's limited one-year warranty.

HomePod service can be obtained with an appointment at an Apple Store or an Apple Authorized Service Provider. Apple also offers to send customers a box to ship their HomePod to its repair center for an additional fee of $19.95, £13.44, and $29.95 in the United States, United Kingdom, and Australia respectively.

HomePod costs $349 in the United States, £319 in the United Kingdom, and $499 in Australia, meaning Apple's replacement fee is 80 percent of the cost of a brand new one, so AppleCare+ could be worthwhile.

AppleCare+ extends a HomePod's hardware coverage to two years from its original purchase date, and adds up to two incidents of accidental damage coverage, each subject to a service fee of $39 in the United States, £29 in the United Kingdom, and $55 in Australia, plus the upfront cost of the plan.

Is it worth it to buy AppleCare+ for HomePod?

We've put together a chart to compare the potential costs of replacing a damaged HomePod with and without AppleCare+ in each country:

AppleCare+ for HomePod: United States / United Kingdom / Australia
Since the HomePod is more of a stationary product placed on a desk or kitchen countertop, many customers may opt against purchasing AppleCare+ for the speaker. But if you have children or pets, or worry about splashing it in the kitchen, then it may be worth considering AppleCare+ for its potential savings.
Tag: AppleCare Guide
Related Forum: HomePod, HomeKit, CarPlay, Home & Auto Technology
[ 229 comments ]

mr.steevo
In other words it’s disposable
Score: 58 Votes (Like | Disagree)

zorinlynx
I don't think I've ever seen a repair cost that close to the original purchase price.

I don't think I've ever seen a repair cost that close to the original purchase price.

To force you to buy AC+. Can’t see any other reason at that price point.
Score: 21 Votes (Like | Disagree)

gnasher729
I predict the gnashing of the teeth will be start soon...

Guys, this thing has one year Apple warranty. It is a speaker, so anywhere in the EU and the future previous EU countries, it is covered by consumer protection laws which say it must last for a reasonable amount of time. Typically two years, but for speakers I would argue that a "reasonable amount of time" is longer than two years. So nobody in the USA is paying for the next year, nobody in the UK is paying for two years.

Solution: Be careful when you water your house plants, and don't water the HomePod as well. And I must say, I have never heard of anyone repairing speakers. I actually never had any speakers break. The first pair that I bought lasted forever, and I replaced them because I could afford better ones, which then lasted forever (forever meaning more than 25 years).

Speakers just don't break. Unless you break them. And if you think the amount that Apple charges is too much, then surely someone will repair them for less money if they ever need repairing.
Score: 12 Votes (Like | Disagree)

Man on the moon
I love apple but it seems they just recycled the mac pro design for this thing.
Score: 10 Votes (Like | Disagree)
Read All Comments