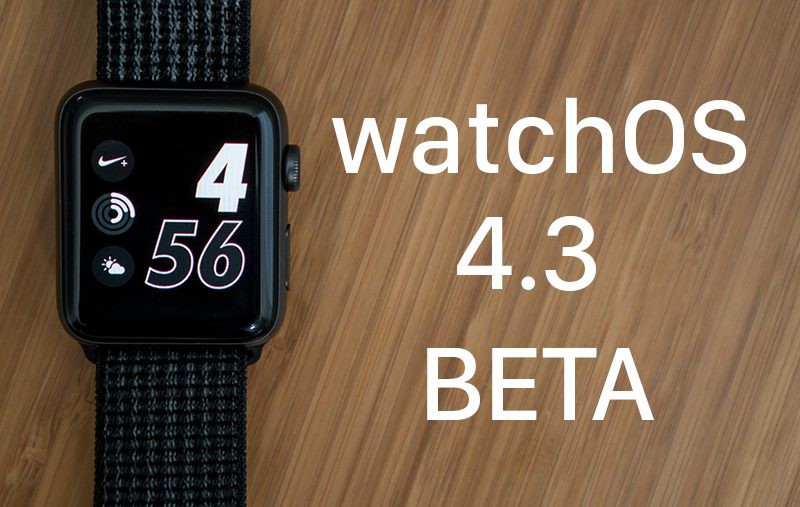 watchOS 4.3 brings support for Nightstand mode in portrait orientation, a feature that was previously only available when the watch was in landscape orientation.

There's a new charging animation when the Apple Watch is placed on the charger, and your Activity data is now displayed on the Siri watch face.

Apple plans to release watchOS 4.3 to the public in the spring, and until then, it will be limited to developers. Apple offers public betas of tvOS, iOS, and macOS, but watchOS betas are not available for public beta testers.

Thats a shame. Lucky it's just your development device.
Score: 6 Votes (Like | Disagree)

So have you filed a big report? I’m assuming you’re a developer since you’ve installed Beta Software on your watch?
Score: 5 Votes (Like | Disagree)