Kate Flannery (Meredith), Leslie David Baker (Stanley), and Paul Lieberstein (Toby) team up in a three minute spot called "Farm Time." The ad features a news report on a popular beet farm where the trio use FileMaker to run their operation.


FileMaker has had a teaser site in place for the last few weeks leading up to the launch of the ad spot, and that site initially led to some speculation that it a revival of a proposed "The Office" spinoff called "The Farm."

There were also rumors floating around suggesting "Farm Time" could be a three-part commercial for Apple products, but as it turns out, it's simply a promotional spot for FileMaker. 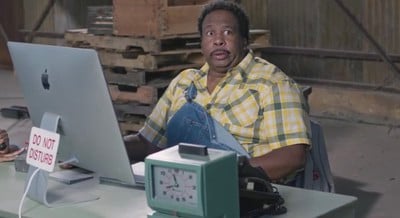 For those unfamiliar with FileMaker, it's a database platform that's designed to make it easy for businesses to build a range of customized apps that work across iPhone, iPad, Mac, Windows, and the web. The most recent version of FileMaker is FileMaker 16, introduced in March of 2017.

szw-mapple fan
Would have been so much better if this was Dwight’s beet farm.
Score: 3 Votes (Like | Disagree)

David Parke
This was terrible, right?
Score: 3 Votes (Like | Disagree)

Supermacguy
FileMaker is still the average person's go-to database app. I've been using it for small projects for almost 2 decades. At my work we use it for some very important business applications; that would be better served with a 'pro level' database. But then again, AppleScript support for the win sometimes.
Score: 2 Votes (Like | Disagree)

robinp
Apple should bundle it with macOS x
Score: 2 Votes (Like | Disagree)

Yeah, they are all out of money.
Score: 2 Votes (Like | Disagree)

peter2
Who is playing the reporter? She is so cute! :-)
Score: 1 Votes (Like | Disagree)
Read All Comments

Monday March 1, 2021 6:44 am PST by Sami Fathi
Apple faces a new class-action lawsuit that accuses it of deliberately releasing iOS updates that slowly reduce the performance of an iPhone, forcing customers to upgrade their devices. The lawsuit comes from the Portuguese Consumer Protection Agency, Deco Proteste (via Marketeer), which in a statement says that it will proceed with a case against the Cupertino tech giant because it...
Read Full Article • 292 comments

Tuesday March 2, 2021 5:20 pm PST by Joe Rossignol
Installing the upcoming macOS 11.3 software update on an M1 Mac may result in Rosetta 2 being removed in one or more regions around the world. In the third beta of macOS 11.3 seeded to developers for testing today, MacRumors contributor Steve Moser uncovered new strings in the beta's code indicating that "Rosetta will be removed upon installing this update." Another new string reads "Rosetta ...
Read Full Article • 330 comments