Apple recently joined the Alliance for Open Media as a founding member, according to an updated member list first noticed by CNET.

The Alliance for Open Media, according to its website, was formed to "define and develop media codecs, media formats, and related technologies to address marketplace demand for an open standard for video compression and delivery over the web." 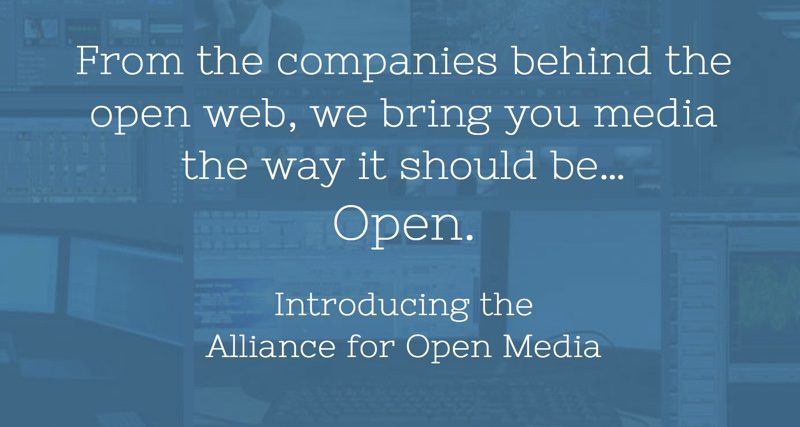 The Alliance is developing a royalty-free video codec known as AOMedia Video 1 (AV1), which is designed to compress video before it's stored or sent over a network. Apple's move to join the Alliance for Open Media is notable because implementing such technology requires it to be widely supported, and Apple was one of the only major companies not participating.

AV1 continues to be a work in progress, with the Alliance for Open Media planning to release the first version of in the near future. Mozilla supports an early version of AV1 and has said that it reduces file sizes by 25 to 35 percent compared to HEVC, which Apple implemented support for in macOS High Sierra and iOS 11.

jhiesey
I'm so glad this happened. Apple is one of the companies who have the most to gain from royalties for HEVC (aka H.265), so up to now they haven't supported open and royalty-free codecs like VP9 or AV1.

Hopefully this means that AV1 will be supported on every major platform, avoiding the need to support different codecs for different devices and operating systems.
Rating: 16 Votes

superduperultra
The first step towards 4K YouTube in Safari and tvOS.
Rating: 9 Votes

modulusshift
Yes! This is such good news! Just last month someone was hinting that Apple might not be opposed to supporting it, but this was well beyond what I was expecting. I wonder how quickly they'll add hardware decode support? The bitstream is supposed to freeze this month. I think 2019 iPhones will have it.
Rating: 6 Votes

I’ve been watching 4K YouTube videos on my 5K iMac through Safari for a couple years now. Haven’t you been able to?

There's some confusion with people regarding 4K YouTube. You can, in fact, watch some 4K YT in Safari. The caveat being 4K video uploaded before Dec 2016 or 4K YT embedded video. Google started broadcasting the majority of the 4K video on the YT site using VP9 at some point early Dec. '16. Apple doesn't support the VP9 codec so for all intensive purpo- hahahahahahahahaha sorry, couldn't help that-:oops: intents and purposes you can't get 4K YT in Safari or on the ATV.

AV1 will hopefully kill two birds with one stone. Content for customers and savings for the companies in the alliance.
Rating: 5 Votes

lunarworks
Yay. Another standard. Can't wait for the next one in 5 years, and its hardware support in 10.
Rating: 5 Votes

I’m more impressed with the 25 to 30% smaller file size compared to HEVC/h265! That’s pretty amazing! Royalty free might translate to a quick way into set top boxes and broadcast industry. Could you imagine 4K on every cable channel and still a 20%+ reduction in bandwidth requirements!


Are you not the least bit skeptical of a big claim like that? I’d prefer to see the evidence and comparisons first, but I’d be hugely surprised if it’s anywhere near that in the majority of cases. Google and VP9 liked to talk the big talk in order to push their standard too, but their efficiency wasn’t significantly greater than H.264 or H.265 as far as I’m aware.

I didn’t think there were any magic bullets left that can result in such substantial gains, but who knows, I could be wrong. What I do know is I was taught and have learnt to be skeptical about claims - especially in a commercial environment - until they’re independently tested and verified, so I wouldn’t go getting too excited just yet.

Now, encoding speed for a given quality and compression ratio is what I’m more interested in.
Rating: 4 Votes

alexgowers
I personally don’t like highly compressed video. The whole point of having big fat internet connections is for high quality video. HEVC compression for photo and video pretty much has zero compatibility and is transcoded to other formats at every single point and the quality loss is not worthwhile.

I’d prefer to hear this is only going to be used to achieve higher quality on worse hardware but that’s probably not the case.
Rating: 4 Votes

HiRez
We need a codec that can handle gradients (sunsets, smoke, fog, uniformly-colored walls) better without banding and blockiness, at reasonable bit rates (< 25 Mbps). HEVC is still not good at this.
Rating: 4 Votes

I’m confused by this as well. All this talk of superseding 4K before it was even adopted really for the vast majority of people. 1080p and Blu-Ray saw a pretty slow adoption and 4K has been even slower. There comes a point where there’s diminishing returns except in specialist and extremely high-end cases like large-format cinemas. I don’t own any 4K physical media and I have no capacity to even play it, yet apparently if I get a 4K TV it’ll be old news pretty soon when 8K TVs start shipping.

A typical 2 hour feature film on BluRay can run up to 50 GB. So I’m guessing with compression efficiency gains a 4K film might be 100 GB. It seems like you need at least 100-200 GB of data to make 8K even worth doing - and that’s for a single film. Crazy!

My new Sony a7R III mirrorless camera shooting at 4K24p HDR is about 90GB for 120 minutes of footage. Better video-oriented gear shooting at 4K60p 10-bit or more would be much larger.

The main reason that we're seeing 8K this year is because they've run out of useful things to add to 4K TVs. We've got HDR. We've got the deep black levels. We've got the resolution. We've got the thinness and width. For anyone waiting to get 4K, right after CES this year would be a great time to buy. If you want a higher end 4K TV with excellent color and contrast at a larger size without completely breaking the bank, wait until after CES 2019 when things will really start coming down in price. That's my plan. New products debut after CES and old stuff goes on sale. I'm hoping to get a pencil thin OLED/QLED HDR in the 70"+ range for under $1500 either in late January/early February 2019 when there are Super Bowl sales or in March/April when the new models come out and the old models are discounted. Depends whether the Super Bowl sales are good enough.
Rating: 4 Votes

A "founding member" yet a dozen other companies are already in it?

This particular group is set up as a nonprofit foundation, their funding comes from the membership fees. As is typical with these industry consortiums, companies can join at different tiers.

Founding members are the highest tier, they have a board seat and a governance role. There are now twelve at this level, and another twenty or so at just the “member” level.
Rating: 3 Votes
[ Read All Comments ]