Hurricane Irma, iPhone 8, and iPhone X were three of the world's most popular search terms on Google this year, according to the company. 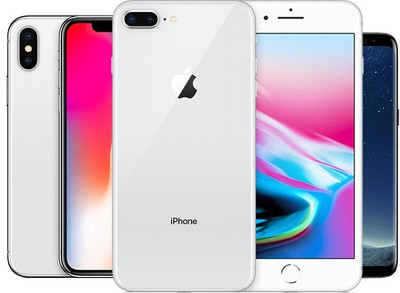 While the results make it look like the iPhone 8 is more popular than the iPhone X, it's important to consider that Apple's flagship smartphone was more commonly referred to as the iPhone 8 in rumors until a leaked version of iOS 11 essentially confirmed its stealthier name back in August.


The results are similar to last year, when the iPhone 7 was the top trending smartphone brand on Google, but the second most trending search term overall behind smash-hit game Pokémon GO.
Tag: Google
Related Forum: iPhone
[ 49 comments ]

GrumpyMom
Yeah IPhone 8 was definitely how I searched for info on the device we now know as iPhone X.
Score: 15 Votes (Like | Disagree)

djcerla
Hurricane Irma, iPhone 8, and iPhone X were the world's three most popular search terms on Google this year

This proves interest in Apple's products is fading.

BornAgainMac
What would happen if people searched on something that would not be appropriate to announce?
Score: 5 Votes (Like | Disagree)

Mike MA
Let‘s see how Samsung will try to poke fun at that.
Score: 4 Votes (Like | Disagree)

"As an act of God, natural disasters should be excluded"

"Clearly, Google has something wrong with their search algorithm. They should work with Apple to evolve their measures (so that Apple can rank #1)"

"The creator of Hurricane Irma obviously buys lots of advertising on Google, so of course, they are going to be ranked higher"

"Doesn't this mean Apple is now on par with God and/or Mother Nature?"

"It shouldn't be long until Samsung is making Hurricanes"

"What an abomination! I will never, ever, never-ever use Google for search again. Clearly, they are just pushing Apple down because Apple is a competitor."

What else am I missing?

Thank you for repeating what the article said basically verbatim.
[doublepost=1513190853][/doublepost]
As true as is it is that any company can fail, Apple is far more powerful than Nokia or Blackberry even at the very top of their games.

Apple is FAR different than those companies and far more successful and valuable. They also have the biggest mountain of cash in history.

Apple failed once before. It took Bill Gates to push Apple out of gutter. I love Apple to death, but I don't like cocky ppl.
Score: 2 Votes (Like | Disagree)
Read All Comments