Google debuted a new "two-wheeler" mode for Google Maps on Tuesday as part of its Google India media event in New Delhi. The biker-based feature joins the existing driving, walking, and public transit modes for Google Maps users in India looking for the fastest possible directions to their intended destination. 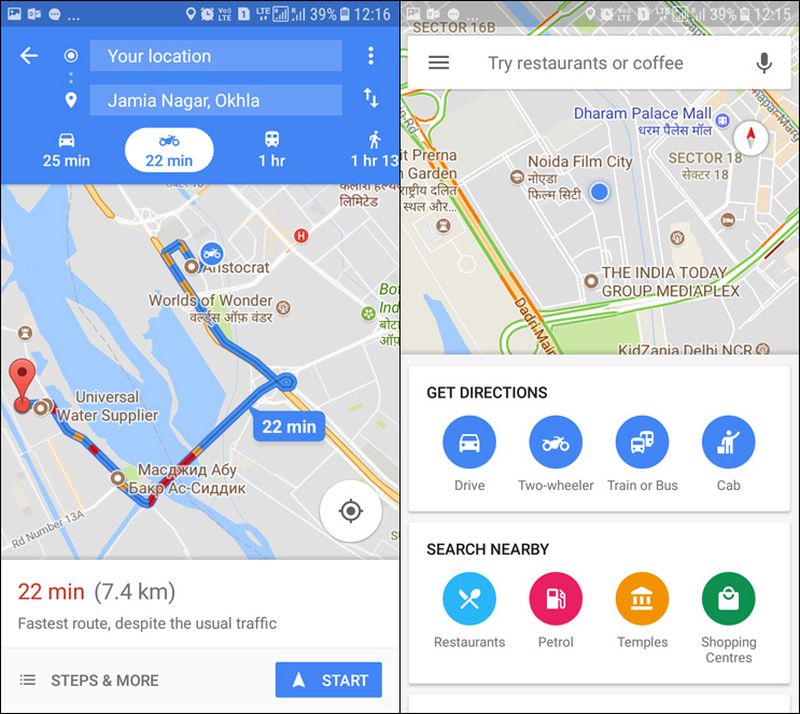 The new mode for motorcycle and scooter users shows trip routes that use "shortcuts" not accessible to other vehicles, and provides customized traffic and arrival time estimates.

The two-wheeler mode also shows major landmarks along the planned route to help riders who rely on them for navigation, as is often the case in India.

#LookBeforeYouLeave to get where you need to, faster with directions and voice navigation mode for two-wheeler riders in @googlemaps#GoogleForIndia pic.twitter.com/TkktD4T9s0

Like offline maps when they first launched, the two-wheeler mode for Google Maps is only available in India to begin with, but Google says the feature will roll out to more countries in the coming months. It's unclear at present where "two-wheeler" mode will sit in relation to Google Maps' existing cycling directions, but rider safety, speed, and designated routes are sure to differ.

To be fair - when I was in India , the concept of lanes, traffic etc was governed by the horn .... its be best example I've ever seen of organised chaos ... and if you can drive in India , you can drive anywhere :)
Rating: 11 Votes

haruhiko
In this sense, they can also release a GTA mode for 4-or-more-wheel vehicles which doesn't have to follow any traffic rules and regulations.
Rating: 5 Votes

That's kinda cool - though bikes can go places cars cannot, they are suppose to follow exactly the same road rules .

Not necessarily in the U.K. where in many places bikes are allowed in bus lanes. This can be especially useful on one-way streets with contraflow bus lanes. A good example of this is Reading where Google Maps will try and force you around the one-way system needlessly as it does not know the difference.

And important for navigation purposes is that filtering (lane splitting) is legal here, so when a road is so congested that a navigation service would want to reroute cars, it could still be the better option for bikes. Especially if the systern takes account of lane widths to know which this are more filtering friendly.
Rating: 1 Votes

Gasu E.
What's it like riding a bike in traffic while trying to listen to voice directions?
Rating: 1 Votes