Despite some speculation suggesting the iPhone X would not support Reachability, reviews of the device published today have confirmed that the feature can be enabled in the Settings app on the device. 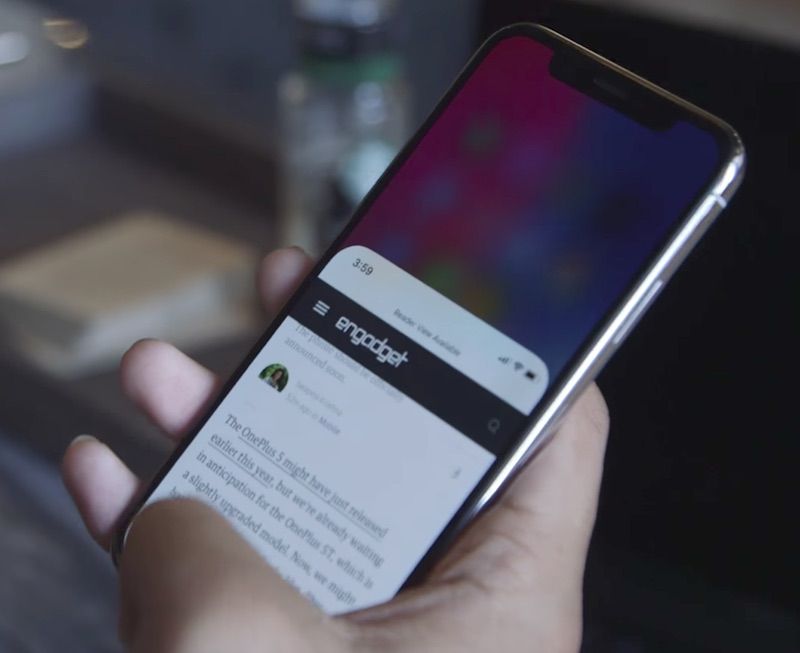 Once enabled, Reachability can be invoked by swiping down on the bar that serves as a visual indicator for returning to the Home screen.

Skip to the 5:05 mark in Engadget's first impressions video to see Reachability in action. The tidbit was highlighted on Reddit by user Whert Ser Nert.


Reachability is designed to bring down the entire top portion of the iPhone's display so it is within thumb's reach for one-handed access to apps and content. The feature is invoked by double tapping the Home button on other iPhone models.

M_Json
Actually a clever and intuitive way to do it..
Rating: 10 Votes

The minute someone says they haven’t had much time with a device I stop watching or reading their so-called review. I’d much rather read/see a review from someone who’s been using the device as their daily driver for a week or more.


There is no such person right now, so good luck with that, dude.
Rating: 5 Votes

Actually a clever and intuitive way to do it..


I'm pulling down, UI is coming down.
I'm pulling up, UI is going up, revealing the thing 'under it' - the home screen.

Something intuitive should be simple, but something simple isn't necessarily intuitive. Much like all squares are rectangles, but not all rectangles are squares.

Imagine a feature on the phone where if you blow into the microphone, it switches wifi on/off. Simple? Yes. Intuitive? Nooooooo.
Rating: 3 Votes

jmh600cbr
As a plus user this was a major concern for me. Hopefully they refine the bar throughout future updates.
Rating: 3 Votes

I hadn't seen yet that you can no longer swipe up to dismiss apps from the task switcher, that's an unexpected UX change. Doesn't look great TBH. Still a pretty slick device, just a couple of UI/UX oddities.


that seems a bit odd. Once you've done the 'swipe up and pause' to bring the task switcher up, I don't see any reason you couldn't swipe the cards away like on current devices. You're in the middle of the screen so nowhere near the 'home bar'.
Rating: 2 Votes

iBanks
Pretty much what I said to the ATP guys as it was my thought but no one seemed to think so.... but anyhow.