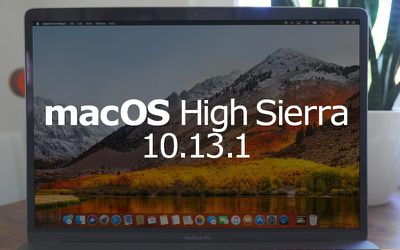 Today's update includes a fix for a serious vulnerability in the WPA2 Wi-Fi standard that protects many modern Wi-Fi networks. Using a key reinstallation attack or "KRACK," attackers could use a now-fixed exploit in the WPA2 protocol to decrypt network traffic to sniff out sensitive information like passwords.

silvetti
Photos crashes all the time, but first let's introduce these amazing emojis. All we need is emojis...
Score: 7 Votes (Like | Disagree)

The lack of software updates to the Airport range ( especially the current models) is outrageous. Come on Apple get your finger out!

As you say iOS should get a 10.3.4 for this, as the problem was made known to them when iOS 10 was the latest OS. I would go further and say that an update for 9 and 8 would be nice. I believe Apple should provide software security patches for 5 years after selling a product.
Score: 5 Votes (Like | Disagree)

old-school
Is it bugless enough for most people to upgrade now or is it worth waiting a bit longer?
Score: 5 Votes (Like | Disagree)

Photos crashes all the time, but first let's introduce these amazing emojis. All we need is emojis...

Thank you for your input.
Score: 4 Votes (Like | Disagree)