Apple to Classify Third-Generation iPad as Obsolete Later This Month

Apple will add the third-generation iPad to its vintage and obsolete products list on October 31, 2017, according to an internal memo distributed to Apple Authorized Service Providers and verified by MacRumors. 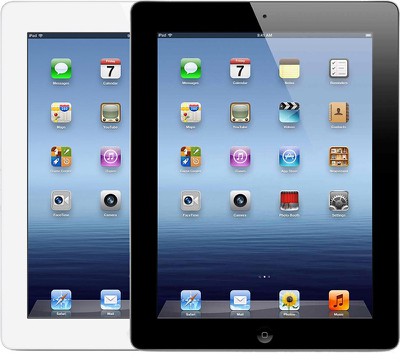 The distinction means that Apple and Apple Authorized Service Providers will no longer repair or service the tablet since it will surpass five years since last being manufactured, except where required by law.

In California, for example, third-generation iPad owners may still obtain service from Apple Stores or by contacting Apple support at 1-800-APL-CARE. The extended coverage period will likely end in October 2019.

Apple released the third-generation iPad, formally known as "the new iPad," in March 2012. The tablet was Apple's last with a 30-pin dock connector, and it was immediately discontinued upon release of the fourth-generation iPad with a Lightning connector just seven months later.

The third-generation iPad will join the original iPad on the vintage and obsolete products list. iPad 2 hasn't received the classification yet since it remained in Apple's tablet lineup as a low-cost option until 2014.

Zaft
It was obsolete on launch.. Confirmed by Apple when they killed it 7 months later.
Score: 31 Votes (Like | Disagree)

Pakaku
I still use one. It still feels like I have no real reason to upgrade from it.
Score: 10 Votes (Like | Disagree)

People were fools to buy this iPad

I don't think that's fair (I mean, I'm biased - I bought one). It was the new iPad, and Apple were harping on for so long about how much engineering effort it took to get a Retina display in there. Customers couldn't have foreseen Apple replacing it with something significantly slimmer, faster and lighter barely half a year after it launched.

IMO, Apple lied to those customers.
Score: 10 Votes (Like | Disagree)