Like many other smart watches on the market, the Vapor features an accelerometer, altimeter, gyroscope, optical heart rate sensor, GPS, and microphone. The sensors are used for a range of health and fitness tracking features. 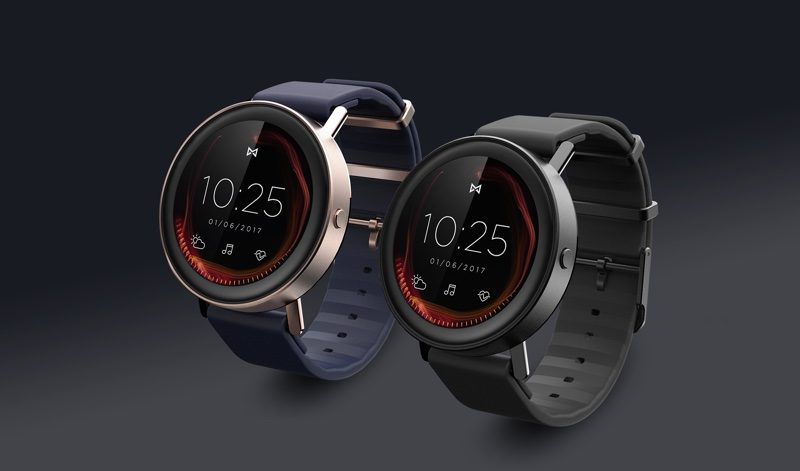 Vapor runs Android Wear 2.0 and is compatible with both iOS and Android devices.

It offers customizable, personalized watch faces with quick access to calories burned and distance traveled, plus it includes built-in access to songs from Google Play or Pandora.

Since it runs Android Wear, hundreds of popular apps are available on the device at launch, and it supports Google Assistant and "Ok Google" queries.

Inside, there's a Qualcomm Snapdragon Wear 2100 processor and 4GB storage, along with Bluetooth and Wi-Fi support. Vapor is water resistant up to 50 meters and comes in Jet Black, Rose Gold, Silver, and Gold.

iKen1
Is it really a good idea to call a watch Vapor, after all what operating system is it going to run VaporWare?
Score: 2 Votes (Like | Disagree)

swm
if one really needs 4GB of memory in a freaking watch, then we're doing something wrong.
Score: 2 Votes (Like | Disagree)

Is it really a good idea to call a watch Vapor, after all what operating system is it going to run VaporWare?

Well, it's not a big leap...when you name your company Misfit.
Score: 1 Votes (Like | Disagree)

Wow, I am impressed at how nice it is as well.. Nicely done Misfit... let's just hope it works as good as it looks...

edit: just read it has android wear support... dang, this might be my go to watch if I ever switch to Android. Like how it looks.
Score: 1 Votes (Like | Disagree)

coolbreeze
Looks neat but you cannot beat the Garmin line. I have the Fenix 5x and it's incredible. Returned my Apple watch 3 for it. Also if you don't want to spend a lot of money the Vivoactive 3 is basically a Fenix at half price. Incredible devices that put fitness first and nerdy smartwatch second. If your priority is sending emojis from your watch, it's not for you.

The data that Garmin provides and the ability to access it via the web is indispensable if you are remotely interested in fitness.

I trashed Garmin for the longest time because LOL the screens are terrible, etc. Then I realized the purpose. It's pretty amazing.
Score: 1 Votes (Like | Disagree)
Read All Comments

Tuesday March 31, 2020 10:22 am PDT by Juli Clover
Apple has acquired weather app Dark Sky, Dark Sky's developers announced today. Dark Sky is one of the most popular weather apps on the App Store, known for its accuracy and storm warnings. Our goal has always been to provide the world with the best weather information possible, to help as many people as we can stay dry and safe, and to do so in a way that respects your privacy. There is no ...
Read Full Article • 166 comments

Monday March 30, 2020 4:25 pm PDT by Juli Clover
Apple has a new low-cost iPhone in the works, which is supposed to be launching sometime in the first half of 2020. Given the ongoing situation in the United States and other countries, it's been unclear if the device is going to launch within the planned timeline, but there are signs that it could be coming soon. We started seeing cases for the new low-cost iPhone back in early February,...
Read Full Article • 108 comments