Following the release of macOS High Sierra, Mac users have discovered that Apple is no longer listing previous operating system updates in a user's Purchased tab in the Mac App Store. 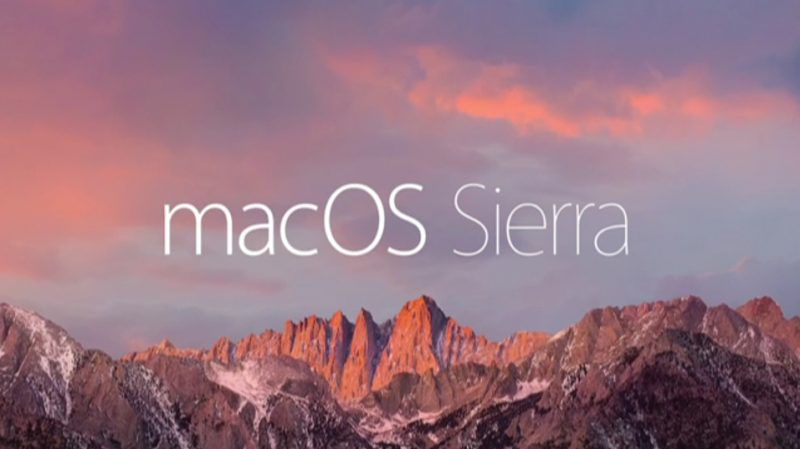 An Apple support document on reinstalling apps confirms that the change to remove macOS Sierra and High Sierra from the Purchased tab was intentional.

"macOS Sierra or later doesn't appear in the Purchased tab," reads the document.

In the case of macOS Sierra, the change means that there's no way for Mac users to download macOS Sierra should they want to downgrade from High Sierra for some reason.

garirry
This is why people were complaining so much about OS X becoming download-only since Lion. If I wanted to install an older OS, whether it'd be for compatibility or testing, I want to be able to download it, especially when I don't have the space for dozens of OS installers "just in case". I was still fine with the older OS X installers being redownloadable, and even purchasable when the next OS was already released, but since Yosemite you can't get Mavericks unless you already owned it and now you can't even download Sierra, even if you downloaded it previously. This makes it seem like Apple is heading towards the forced upgrades and downgrade lockout from iOS, and that seriously concerns me.
Score: 29 Votes (Like | Disagree)

This is why people were complaining so much about OS X becoming download-only since Lion. If I wanted to install an older OS, whether it'd be for compatibility or testing, I want to be able to download it, especially when I don't have the space for dozens of OS installers "just in case". I was still fine with the older OS X installers being redownloadable, and even purchasable when the next OS was already released, but since Yosemite you can't get Mavericks unless you already owned it and now you can't even download Sierra, even if you downloaded it previously. This makes it seem like Apple is heading towards the forced upgrades and downgrade lockout from iOS, and that seriously concerns me.

* By which I mean, the program not only downloaded Sierra, it did so using the Apple-supplied App Store frameworks in /System/Library/PrivateFrameworks, resulting in an application bundle containing a properly-signed MAS receipt linked to my Apple ID.

PBG4 Dude
It makes a bit of sense if this only affects High Sierra users as a downgrade requires reformatting your drive back to HFS+ from APFS. If you upgrade to High Sierra and you don’t have a Sierra Time Machine backup, you’re basically hosed.
Score: 8 Votes (Like | Disagree)

I have downloaded every point update full installer since Lion. Once the 10.x reaches the final point, I keep only that. I have never trusted Apple (or Microsoft) not to pull something like this, so I protect myself.

Can everyone stop repeating this. OK we get it, you were all really really clever and have a copy. Well done. Especially after 5 people have said the same thing. And I'd love to see one of you still so excited, if you happen to lose said copy, only to realise you also then can't get another via downloading it again directly from Apple, just as other users here cannot now.

This thread is about why Apple have completely removed it from download, without any previous notice or comment as to why, post-High Sierra's release. Rather than how clever you are in having a copy already.

Jonnycot
This is so depressing. Apple, why do you fight your users like this? Being able to install older OS's is essential for many reasons, not least running old machines or older applications. First signing on iOS and now this move?!

E.g. I have a mission critical business app on iOS which is 32 bit. Yes it would be nice if it were updated to 64 bit but it's not going to happen in this case, yet it's the backbone of my
business. So I'm stuck at iOS 10. And if I have to restore my phone from a backup I'm screwed :-/.

Equally our desktop machines run a vastly complicated set of audio and video plugins. Just one of them not being compatible with high sierra means I can't load up older work.

For professional work we need an option to maintain a system with an older OS. Please rethink your philosophy here.
Score: 7 Votes (Like | Disagree)
Read All Comments

Monday April 6, 2020 2:56 am PDT by Tim Hardwick
Apple will announce a new 13-inch MacBook Pro in May with the codename J223, according to a rumor shared by YouTuber and leaker Jon Prosser. Note: it’s a refresh to the current 13” So the bigger 14” display upgrade is a big possibility— Jon Prosser (@jon_prosser) April 4, 2020 Analyst Ming-Chi Kuo has said Apple plans to release new MacBook Pro and MacBook Air models with scissor keyboards ...
Read Full Article • 156 comments

Tuesday April 7, 2020 10:06 am PDT by Juli Clover
Apple today released iOS and iPadOS 13.4.1, minor updates that come two weeks after the release of iOS and iPadOS 13.4, major updates that introduced iCloud Folder Sharing, a new Mail toolbar, trackpad support for the iPad, and more. The iOS and ‌iPadOS‌ 13.4.1 updates are available on all eligible devices over-the-air in the Settings app. To access the updates, go to Settings > General...
Read Full Article • 76 comments