The iPhone 8, 8 Plus, and X are equipped with a six-core A11 chip, which Apple says brings some major improvements over the A10 chip in the iPhone 7. The chip features two performance cores and four efficiency cores.

Early Geekbench scores for iPhone X and iPhone 8 devices suggest that not only does the new A11 significantly outperform the A10, it beats the A10X Fusion in the iPad Pro and it is on par with the chips in Apple's latest 13-inch MacBook Pro models. 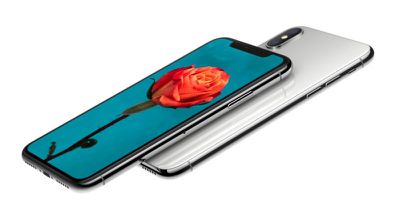 MacRumors spoke to Geekbench's John Poole, who said he believes the A11 benchmarks are real. Poole believes the two high performance cores in the A11 are running at 2.5GHz, up from 2.34GHz in the A10. The 24MHz reading is an anomaly.

Though the iPhone X and the iPhone 8 offer impressive Geekbench scores, how that translates to real world performance remains to be seen. According to analyst Dan Matte, IPC (instructions per cycle) improvements are "relatively modest" and Geekbench scores should be ignored.

If you subtract out the efficiency gains from removing 32-bit support, you're left with maybe very roughly a 15% improvement in CPU IPC for the big cores, assuming equivalent clocks to the A10. Apple could have pushed performance and efficiency further, if not for 10FF being really bad. The era of the hyper Moore's Law curve in mobile is officially over, in my opinion, though maybe the A10 already signaled that. It's all rough sledding from here on out, based on the state of foundry challenges.

The iPhone 8, 8 Plus, and iPhone X all adopt the A11 chip, so with the iPhone 8 models set to launch next week, the improvements introduced in the A11 will become more clear.

L-Viz
It is called bionic, cause there are actual human brain cells implemented into the chip. Mostly missing Foxconn workers.
Score: 86 Votes (Like | Disagree)

jdillings
Yeah but unlike the iPhone, the MacBook can actually be used to get work done.
Score: 57 Votes (Like | Disagree)

power2b
All this power of the iPhone X could be used for super features on iOS but nope they instead use it for creating Animoji.

Appleaker
Well that won’t be the case next year with the quad-core 13” MacBook Pros. But impressive nonetheless.
As for outperforming the A10X, that’s good but not so good that a 3 month old ‘PC replacement’ is outperformed by a phone by the same company, however it was to be expected.
If they’re going to release the iPads so close to the iPhone then they should include the next generation processor in it first like they used to do.
Score: 41 Votes (Like | Disagree)

imran5720
So it really smoked all android devices out there, poor Samsung
Score: 39 Votes (Like | Disagree)

atlchamp
They totally missed the fact that its running iOS 11.1 haha
Score: 34 Votes (Like | Disagree)
Read All Comments