The FCC has granted Apple a license to test next-generation 5G wireless technologies, as brought to our attention by DSLReports. 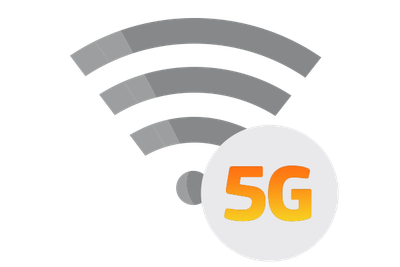 In May, Apple submitted an application for an experimental license to test wireless technology on millimeter wave spectrum bands. Millimeter wave bands provide higher bandwidth and throughput up to 10Gb/s, but they are limited by line of sight issues that can cause problems in dense urban areas.

An excerpt from Apple's application with the FCC:

Apple Inc. seeks to assess cellular link performance in direct path and multipath environments between base station transmitters and receivers using this spectrum. These assessments will provide engineering data relevant to the operation of devices on wireless carriers’ future 5G networks.

Apple intends to transmit from two fixed points located at Apple-controlled facilities in Cupertino, California, where it is headquartered, and nearby Milpitas, according to its FCC application. Apple said it anticipates that it will safely conduct its experiments for a period not to exceed 12 months.

Apple will use the 28 and 39 GHz bands, which were among those opened up by the FCC last year for the purpose of next-generation 5G broadband.

It’s not entirely clear why Apple is planning to test millimeter wave performance, but it will join the likes of Google, Facebook, and major U.S. cellular carriers like AT&T, Verizon, Sprint, and T-Mobile, who are testing 5G networks in preparation to deploy the next-generation technology in the coming years.

Apple could perhaps be preparing its future iPhones to take advantage of 5G technology, or the company may have some other purpose in mind. The 28GHz band in particular has been earmarked for earth-to-space transmissions, an area Apple has been exploring based on recent hires with satellite expertise.

Juicy Box
I opened up the MR front page and saw the antenna signal level icon and got excited. I thought the rumors were wrong ('https://www.macrumors.com/2016/11/21/apple-ceases-airport-wireless/')and Apple was testing a new standard for AirPort.....

And no-one cares for the hazards with the constant increase in EMF's all around?

No-one but the hypochondriac wombles who maintain their delusions..
Score: 9 Votes (Like | Disagree)

I opened up the MR front page and saw the antenna signal level icon and got excited. I thought the rumors were wrong ('https://www.macrumors.com/2016/11/21/apple-ceases-airport-wireless/')and Apple was testing a new standard for AirPort.....

I was ready to start chanting "AirPort AirPort...". Ugh.
Score: 7 Votes (Like | Disagree)

soupcan
Nice and all, but show me a carrier that actually provides the "theoretical" bandwidth 4G (or even 3G for that matter) promises. You can have all the jiggabytes/sec you want on paper, if it only means 30 MB/sec in the real world then what's the point.
Score: 5 Votes (Like | Disagree)

JungeQuex
It would be nice if Apple rolled out their own carrier.
Score: 4 Votes (Like | Disagree)

xero9
So we should see this in the 2022 iPhone?
Score: 3 Votes (Like | Disagree)
Read All Comments