Feral Interactive has announced that popular stealth action game HITMAN is coming to macOS on June 20. Developed by Io Interative and published by Square Enix on PC and consoles in 2016, the critically acclaimed title is the first truly episodic triple-A game to make the transition over to Mac, according to Feral. 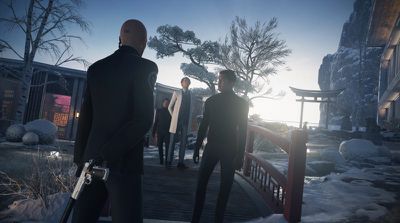 Within the HITMAN universe, multi-layered levels offer players vast scope for exploration, while the opportunity to employ devious distractions and disguises allows gamers to exploit their surroundings in a typical stealth manner. The PC title has been widely praised by reviewers for its high replay value and chapter variation.

As master assassin Agent 47, players will carry out contract hits on powerful, high-profile targets in exotic locations around the world. Each mission is set in a huge, intricate and heavily-populated sandbox level that offers players complete freedom of approach, challenging them to complete it in the most creative way possible.

From a glamorous Paris fashion show to Marrakesh's bustling markets and on to a luxurious Bangkok resort, each of HITMAN's locations is brimming with opportunities and secrets. Players will don disguises and create distractions to infiltrate restricted areas, then use weapons, found objects and environmental hazards to take out their targets and withdraw unseen.

HITMAN will be available from the Feral Store and Steam as HITMAN – THE COMPLETE FIRST SEASON, which includes all locations and three bonus missions, and will be priced at $59.99/£39.99/€49.99.


HITMAN for macOS will launch with support for AMD graphics cards only. Feral hopes to announce more details regarding support for Nvidia and Intel graphics cards shortly. The complete system requirements will be confirmed on release day.
Tag: Feral
31 comments

Cindori
Everyone was saying Apple doesn't give a damn about games on the Mac.

In reality Apple was working hard to develop Metal to allow games to run perfect native on the Mac.

Expect this trend to continue.
Score: 3 Votes (Like | Disagree)

Mental will always be useless, because game developers don't have time to make games for multiple APIs. They rather stick with Direct X.

They don't have to "make games for multiple API's". They only need to make the underlying engine support the API's and instantly every game built on it will work on the Mac.

And they are already implementing Vulkan so your point is moot...
Score: 3 Votes (Like | Disagree)

Mental will always be useless, because game developers don't have time to make games for multiple APIs. They rather stick with Direct X.

Hitman kinda contradicts your point doesn't it? And DirectX will never be part of macOS.

Regarding Vulkan. It'd be always better to have it in addition, but if I was to choose now, I'm not sure to prefer having it on the Mac over Metal. Metal is controlled by Apple, so they can update it regularly and provide the best integration with developers tools. It is much easier to use than Vulkan, according to developers. Currently, there are very very few Windows games using Vulkan. Actually, there may be more Linux games that do (thanks to Feral).
So as most Windows games use DirectX, they will have to be ported to other API to run on macOS anyway. And Metal makes it easier than Vulkan.
There are a couple of game engines that use Vulkan and not Metal (ID tech 6, Source 2), but very few games use these engines anyway (and there is hope that Source 2 will be ported since Apple has been working with Valve).
Score: 1 Votes (Like | Disagree)