In early May, a mirror download server hosting popular Mac transcoder app HandBrake was hacked, and the legitimate version of HandBrake was replaced with a version infected with OSX.PROTON, a remote access trojan giving hackers root-access privileges to a Mac.

In a blog post shared today, Panic Inc. developer and co-founder Steven Frank said he downloaded the infected version of HandBrake, which led to the theft of much of the source code behind Panic's apps. Panic offers several apps, including web editor Coda, FTP app Transmit, SSH client Prompt, and Firewatch, an adventure game. 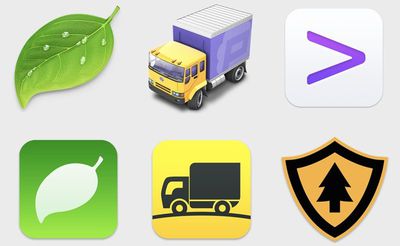 Hackers accessed Frank's computer through the infected HandBrake software and were able to obtain his usernames and passwords, including git credentials. Several source code repositories were cloned by the attackers, who have demanded "a large bitcoin ransom" to stop the release of the source code, a ransom Panic does not intend to pay.

While Panic's source code has been stolen, the company says that a careful review of its logs indicates that the theft was the extent of the damage - the hacker did not access customer information or Panic Sync Data.

(As a reminder, we never store credit card numbers since we process them with Stripe, and all Panic Sync data is encrypted in such a way that even we can't see it.)

According to Panic, the source code for the apps could potentially be used by hackers to create malware-infected builds of the company's apps, so users should be vigilant and download Panic apps only from the company's website or the Mac App Store.

Panic has been in contact with both the FBI and Apple. Apple's security team is "standing by to quickly shut down any stolen/malware-infested versions" of Panic apps that are discovered, while the FBI is actively investigating the attack.

Panic is asking customers to notify the company of any unofficial or cracked versions of Panic apps that are discovered in the wild, as any such content is likely infected with malware.

Probably an idea to just give it away now. If it's free from their site it won't be downloaded elsewhere.

Any excuse for some freebies...
Score: 16 Votes (Like | Disagree)

canadianreader
I really like Panic apps I bought both Coda and Transmit my only regret is when they pulled out Coda from the AppStore and made it only available thru their website. Maybe be it's time to put it back on the app store
Anyway they don't deserve this and they have my empathy and compassion for what they're going thru.
Score: 11 Votes (Like | Disagree)

roland.g
Not that I wish anything bad on anyone but am I the only one wondering why he was downloading a utility like Handbrake onto a machine with the company source code. Seems like that was not the wisest move.
Score: 9 Votes (Like | Disagree)

MichaelQ
If apps like Handbrake were allowed in the App Store this wouldn't have been a problem in the first place.
Score: 7 Votes (Like | Disagree)

There are many great applications out there that cannot be added to the app store due to Apple restrictions.

In many cases it would not be possible to modify these applications accordingly.

Yeah, that's the biggest problem, and it's why the Mac App Store hasn't caught on more than it has. Apple requires all MAS apps to enable sandboxing, which greatly limits what a Mac application can do, among other issues.

Apple never should have applied the same policy to Mac App Store apps as they did to the iOS App Store. Macs are full-fledged general purpose computers with a different usage scenario than iOS devices; treating them both the same for app policy is short-sighted.

I remember when there were a far greater variety of apps in the Mac App Store, then Apple tightened the policies and a bunch of app developers jumped ship, distributing directly instead. It's a shame because the store was a good idea, just poorly executed.
Score: 6 Votes (Like | Disagree)
Read All Comments