Apple will begin selling iPhones directly through its website in India later this year, according to local newspaper The Economic Times. 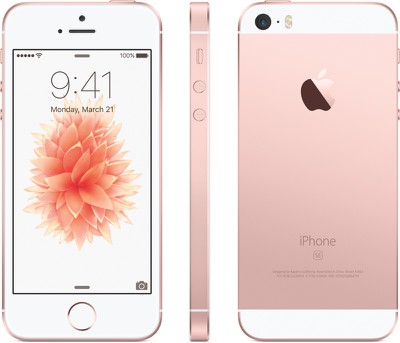 Apple plans to make the iPhone SE available on its online store by October, in time for the Indian festival Diwali, followed by other iPhone models once it expands local production to include the rest of its smartphone lineup.

Apple manufacturing partner Wistron is expected to begin iPhone SE assembly at its Bengaluru facility by the end of June, satisfying India's requirement that 30 percent of products sold by foreign companies be manufactured or produced within the country. Thus, the iPhone SE can soon be sold on Apple's website in India.

Wistron will begin assembling the iPhone 6 and iPhone 6s over the coming weeks too, The Wall Street Journal previously reported, so those older models could eventually be added to Apple's online store in India as well.

Apple's website in India currently has a "Where to Buy" page for all iPhone models, directing users to resellers Airtel and Vodafone.

Apple may also sell some accessories sourced from India on its online store in the country, according to today's report.

Apple is expected to open its first physical retail store in India as early as 2018, and the company is reportedly looking to open four to five flagship-class stores in the country over the next five to ten years.

Apple plans to make the iPhone SE available on its online store by October...

By October, the iPhone SE will be almost 2 years old. Will people there buy it?
Score: 3 Votes (Like | Disagree)

India is a pretty price sensitive market, the ones who can afford will definitely be upgrading to the 7/8 or the next big thing and as long as the SE will be surprisingly cheap enough to compete with Chinese Android phones, then they just might be able to pull it off.. which am not too sure about either as most would probably prefer jumping to 6/S for bigger screen alone.

To be honest here in Mumbai, I have hardly seen anyone with an SE but instead 5S is still going strong with most of the ones ready to switch to 6/S or higher once their beloved phone gives up or they run out of the messy 16gb.
Score: 2 Votes (Like | Disagree)

This is why you should read an article carefully.

I did, it said iphone 6 models as well, meanwhile iphone 8 will be released in usa.
Score: 1 Votes (Like | Disagree)

This is why you should read an article carefully.
Score: 1 Votes (Like | Disagree)

Think it will be DOA. It's ancient hardware by then by tech standards
Score: 1 Votes (Like | Disagree)
Read All Comments

Tuesday June 2, 2020 1:31 am PDT by Tim Hardwick
Apple Music has cancelled its Beats 1 radio schedule for Blackout Tuesday and is suggesting that listeners tune in to a radio stream celebrating the best in black music. Blackout Tuesday is a campaign organized by the music industry to support Black Lives Matter after Minneapolis citizen George Floyd was killed by police in the course of his arrest. On launching Apple Music, many users...
Read Full Article • 432 comments