Apple Buys Rights to 'Clive Davis: The Soundtrack of Our Lives' Documentary

Apple purchased the rights to the documentary "Clive Davis: The Soundtrack of Our Lives," reports Billboard. The documentary will premiere tonight at the Tribeca Film Festival at the Radio City Music Hall in New York.

The film was directed by Chris Perkel and is based on music producer Clive Davis' autobiography, released in 2013. Davis was the president of Columbia Records from 1967 to 1975, and he founded Arista Records, where he was president of the company until 2000. He went on to found J Records, and then served as CEO and chairman of RCA Music Group. 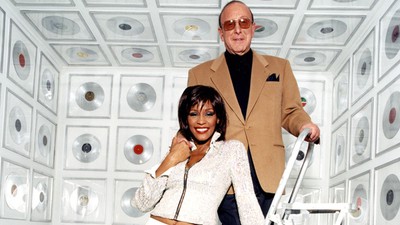 At the current time, Davis is the chief creative officer at Sony Music Entertainment. Davis has influenced many important music artists over the course of his career, including Whitney Houston, Barry Manilow, Aretha Franklin, Alicia Keys, Santana, Aerosmith, Bruce Springsteen, and more.

"Apple is a global innovator that has revolutionized the distribution of music," said Davis in a statement. "It is a touching honor to share the music and unique stories that have shaped my career with millions of Apple Music subscribers around the world. I am overjoyed to work with them to continue this incredible journey!"

Apple has not announced when it plans to release "Clive Davis: The Soundtrack of Our Lives," on Apple Music, nor has the company said whether the film will have a theatrical release.

iapplelove
This reminds me of the days when I was younger, and was receiving my first paychecks. I thought I had all the money in the world and would buy the most dumbest things that made no sense what so ever lol.
Score: 15 Votes (Like | Disagree)

AngerDanger
How can Apple possibly justify this expenditure when there are certain products I'd prefer they update?! :mad:
Score: 6 Votes (Like | Disagree)

JayIsAwesome
I wonder if Clive, in the documentary, talks about why he thought it was perfectly ok to have a party in the same building where Whitney passed away mere hours earlier? Always thought that was strange as hell and a tad bit disgusting
Score: 2 Votes (Like | Disagree)

Those updates take time and research and development.

This was just having to click "BUY NOW"...
Not even the same department as product development.

Because it isn't just about you?

What does buying content have to do with designing and manufacturing hardware? Have you ever gotten the impression that Apple isn't doing something because there's not enough cash? If they don't do something, there are other reasons why. It's fair enough to complain that the MacPro isn't coming out soon enough or that you want a new Mini or that the iMac needs updating or whatever, but it's not because they bought the rights to some documentary.

'Twas a joke parodying the standard comments that about every new purchase somehow magically taking focus away from Macs.
Score: 1 Votes (Like | Disagree)
Read All Comments

Sunday August 1, 2021 6:21 am PDT by Sami Fathi
Models of the Apple Watch Series 6 with titanium cases part of the "Apple Watch Edition" collection is currently widely unavailable for pick-up in several of Apple's retail stores in the United States and is unavailable entirely for delivery in major markets. Noted by Bloomberg's Mark Gurman in the latest edition of his "Power On" newsletter, titanium models of the Apple Watch Series 6,...
Read Full Article • 106 comments

Saturday July 31, 2021 12:13 am PDT by Tim Hardwick
Telegram Messenger has received a major update to its video capabilities, including support for video calls with up to 1,000 viewers. Group video calls in Telegram allow up to 30 users to stream video from both their camera and their screen, and now a maximum of 1,000 people can tune into the broadcast. Telegram says it intends to continue increasing this limit "until all humans on Earth...
Read Full Article • 50 comments