Estimated retail revenues from recorded music in the United States grew 11.4 percent to $7.7 billion in 2016, according to the Recording Industry Association of America. Streaming music revenue from companies like Spotify, Apple, Pandora, and YouTube accounted for 51.4 percent of that total and for the first time, contributed the majority of the year's revenue.

At 11 percent growth, the music industry saw the biggest increase it's had since 1998, a time when six times more CDs were sold than today. Overall revenue continues to be half of what it was in 1999, and revenues from traditional unit-based sales, including physical products and digital downloads, have continued to decline. Physical sales accounted for just 21.8 percent of music industry revenue in 2016, while digital downloads and ringtones made up 24.1 percent.

Total revenues from streaming platforms were up 68 percent year over year and came in at a total of $3.9 billion. Streaming revenues have seen major growth over the last several years, having made up just 9 percent of total industry revenues in 2011.

All categories of streaming, including paid subscriptions, SoundExchange distributions, and on-demand ad-supported streams, saw growth. Paid subscriptions had the largest growth, accounting for $2.5 billion of the $3.9 billion made from streaming music.

Growth was driven by very strong new user adoption, as the number of paid subscriptions to full on-demand services grew 109% to average 22.6 million for the year, compared with 10.8 million in 2015. Adoption was driven by growth from both new and existing services, as it was the first full year of results for Apple Music, and other leading services like Spotify Premium grew as well.

In a blog post on Medium, Recording Industry Association of America CEO Cary Sherman points out that Apple Music pays the highest royalties to artists, more than Spotify and significantly more than YouTube, which Sherman claims exploits a "legal loophole" to pay creators at low rates.

According to Sherman, while 2016 was "year of significant progress" for the U.S. music business, "recovery is fragile and fraught with risk." Streaming services must make up losses from CDs and digital downloads, and the growth isn't there yet. "Much rides on a streaming market that must fairly recognize the enormous value of music," he writes.

I still don't understand how "ownership" got so devalued, at least with music and software.

Plus I don't plan on canceling my membership anytime soon so they're not going away from me
Score: 18 Votes (Like | Disagree)

Only you can answer that question for yourself.

Personally, I don't have the time to listen to 47m songs, and only a fraction of those are likely even worth a second listen or they would have more buzz. I have a nice collection going back 25 years and of course slowly growing annually with new material, though no where near the rate when I was young. Pay once never again. When I'm 50, 60, 70, still no additional cost to listen. No worries about having to keep paying ad infinitum for the privledge. And yes, still pleny of avenues to explore new music at zero cost.

And the bonus is that becaue I ripped from CD the quality is superior to anything that AM or Spotify streams -- especially important when listening at home. Also if a licensing issues errupts between a band or label and a streaming service that music goes poof. But it's still in my collection available for listening whenever I wish.
Score: 15 Votes (Like | Disagree)

It's still royalties dude. Someone is getting paid and I bet my ass the artist is getting paid. So what difference does it make how much they get paid? If they have a problem, find a new ****ing job. The artist makes more in royalties than I did in the Navy and these pussies have the gaul to complain? Cry me a ****ing river.

My band played over 500 shows, opened for some of the biggest names imaginable for a couple of years (2007-2010). We worked day and night to songwrite, record, design, market, hussle, etc... Our live shows were killer, we got offered record deals, took a chance, quit our jobs, and really did 1000x better than our fellow Bay Area bands did, even got songs into TV, and a few major films. Despite all of our work, the money we made rarely even covered cheap motels, gas, oil changes on the van, replacement cables, and maybe eating subway once a day. Once it became obvious that there was nothing physical to sell anymore at live shows, we had to give up, for those 10-20 cd sales each night meant the difference between a motel vs. sleeping in the van. Being in a band is amazing, but streaming services are a joke to 99.9% of musicians.
Score: 6 Votes (Like | Disagree) 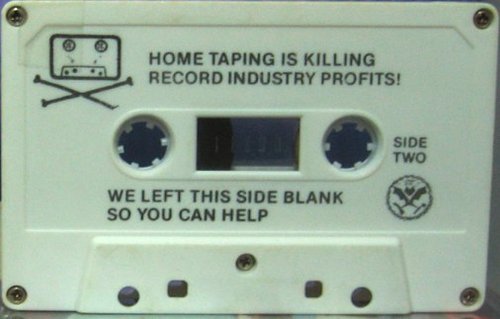 And here I was hoping the MAFIAA would be dismantled soon enough with the new ability to self-publish. Guess I was wrong.
Score: 6 Votes (Like | Disagree)

Chupa Chupa
I still don't understand how "ownership" got so devalued, at least with music and software.
Score: 6 Votes (Like | Disagree)

jimbobb24
Half the income comes from streaming now? Wow.

Glad apple is paying the artists. Love finding so many. I still buy the digital downloads of my favorites hoping they get a little extra cash. They make my life so much more better.
[doublepost=1490910863][/doublepost]

My band played over 500 shows, opened for some of the biggest names imaginable for a couple of years (2007-2010). We worked day and night to songwrite, record, design, market, hussle, etc... Our live shows were killer, we got offered record deals, took a chance, quit our jobs, and really did 1000x better than our fellow Bay Area bands did, even got songs into TV, and a few major films. Despite all of our work, the money we made rarely even covered cheap motels, gas, oil changes on the van, replacement cables, and maybe eating subway once a day. Once it became obvious that there was nothing physical to sell anymore at live shows, we had to give up, for those 10-20 cd sales each night meant the difference between a motel vs. sleeping in the van. Being in a band is amazing, but streaming services are a joke to 99.9% of musicians.

This is one of the saddest posts I have ever seen. I love music. I am disappointed the artists do so poorly with so much effort - even when being big and getting into so many venues.

What genre?
Score: 4 Votes (Like | Disagree)
Read All Comments

Friday January 15, 2021 1:46 pm PST by Juli Clover
Apple has started "early work" on an iPhone that has a foldable display, according to a new report from Bloomberg's Mark Gurman. Though testing of a foldable iPhone has begun, Apple has not committed to releasing a device that has a foldable display. Development has not yet expanded beyond a display and Apple does not have full foldable iPhone prototypes in its labs. Like foldable...
Read Full Article • 215 comments

Friday January 15, 2021 10:23 am PST by Juli Clover
Apple is developing two versions of the Mac Pro to succeed the Mac Pro that was first released in December 2019, according to a new report from Bloomberg. The first updated Mac Pro is a direct successor to the current Mac Pro and it will use the same design. It may also be equipped with Intel processors rather than Apple silicon chips, and it could be one of the sole machines in the Mac...
Read Full Article • 250 comments

Friday January 15, 2021 12:16 pm PST by Juli Clover
Surprise late night rumors last night provided us with our first in-depth look at what we can expect from the new MacBook Pro models that are coming in 2021, and there are some significant changes in the works. Along with additional ports, a new flat-edged design, and the removal of the Touch Bar, Apple's updated MacBook Pro machines will readopt MagSafe. MagSafe in the 2021 MacBook Pro...
Read Full Article • 189 comments