Perhaps top of the list is the new ability to infinitely nest tags. Previously, users could organize their notes by structuring tags in simple hierarchies, so a parent tag could have one child tag. Now, nested tags can go infinitely deep, allowing for more nuanced note organization. 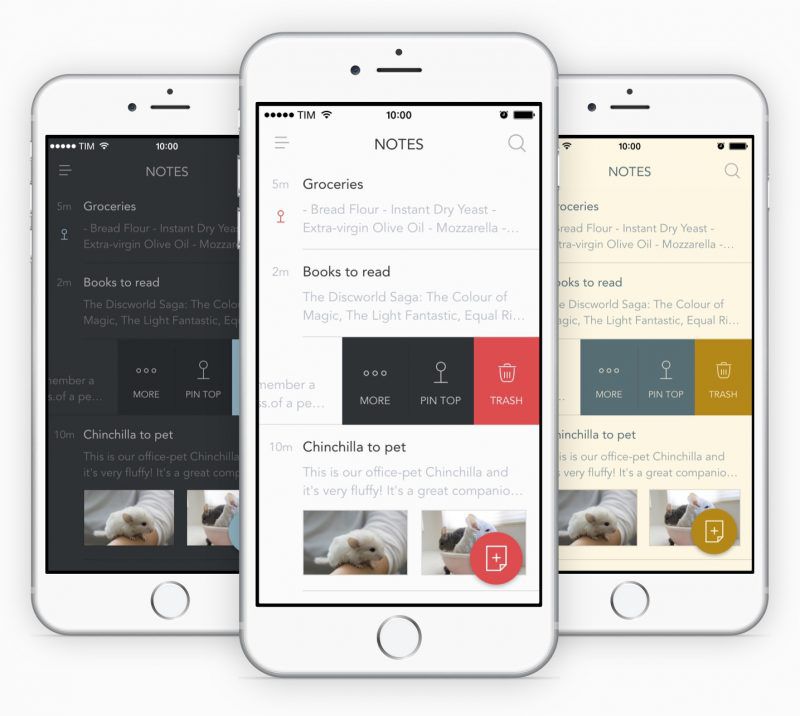 A handful of other general updates include the ability to bulk delete and rename tags, change the note list font, a new way to exclude search terms, additional support to import from other apps such as Day One, code syntax highlighting in exported documents, and better Word exports.

Meanwhile, a raft of Mac and iOS specific enhancements have also been made to the writing platform. 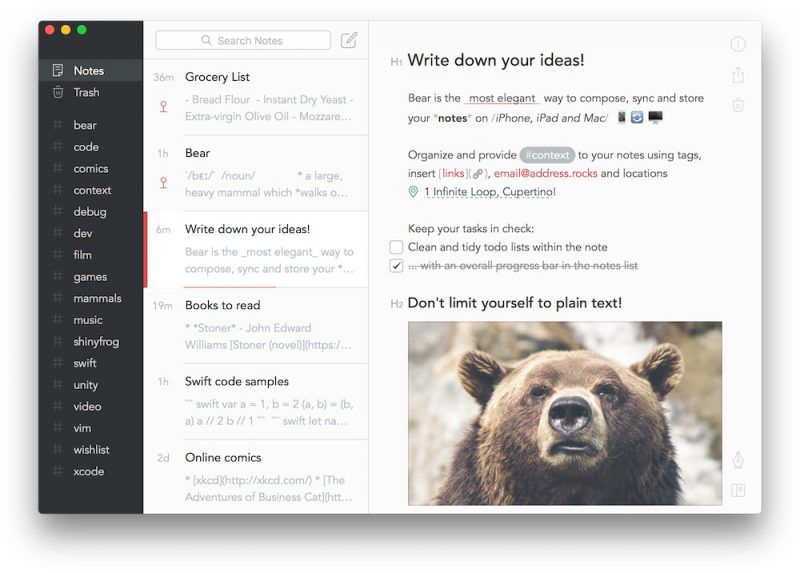 For iOS users comes the ability to Peek and Pop notes in the notes list via 3D Touch, enhanced formatting options for importing web pages via the Bear Notes extension, haptic feedback options for multiple actions, and the ability to ask Siri to read Bear notes.

The full list of updates and enhancements can be found on the Bear Notes blog.

The core version of Bear Notes v1.1 is a free download for Mac and iOS. Bear Pro is offered as a $1.49 monthly or $14.99 yearly subscription, and enables syncing between devices, exporting notes, and switching themes.