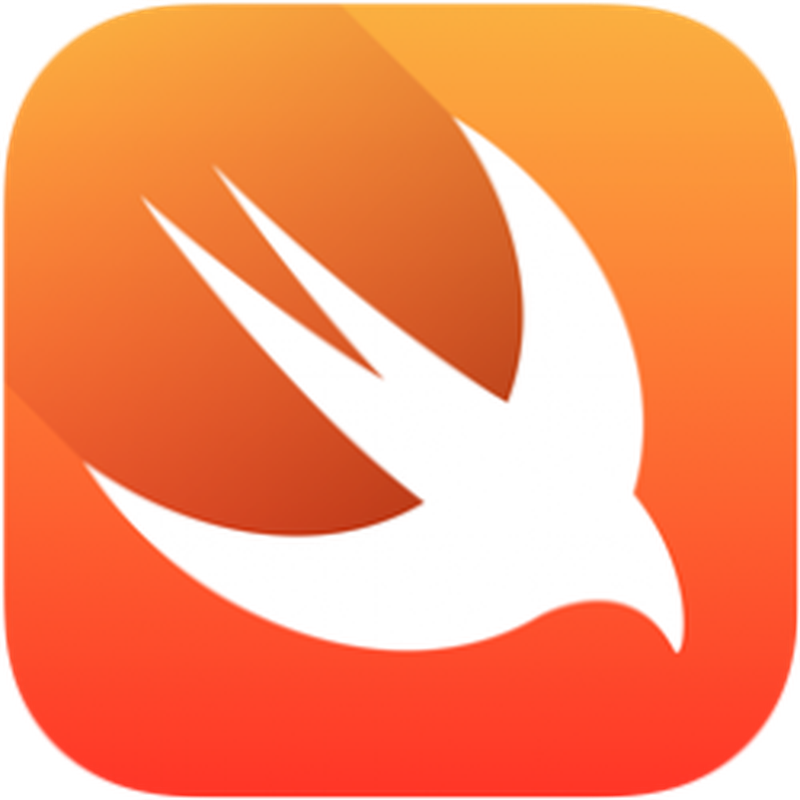 In the latest TIOBE Index, Swift was ranked 10th, up four places from March 2016. As CultofMac notes, the nine programming languages ranked above it are at least two decades old, so breaking into the top 10 is a feat more impressive than it sounds. Swift was only introduced by Apple in 2014, replacing Objective-C as an easier-to-learn language. 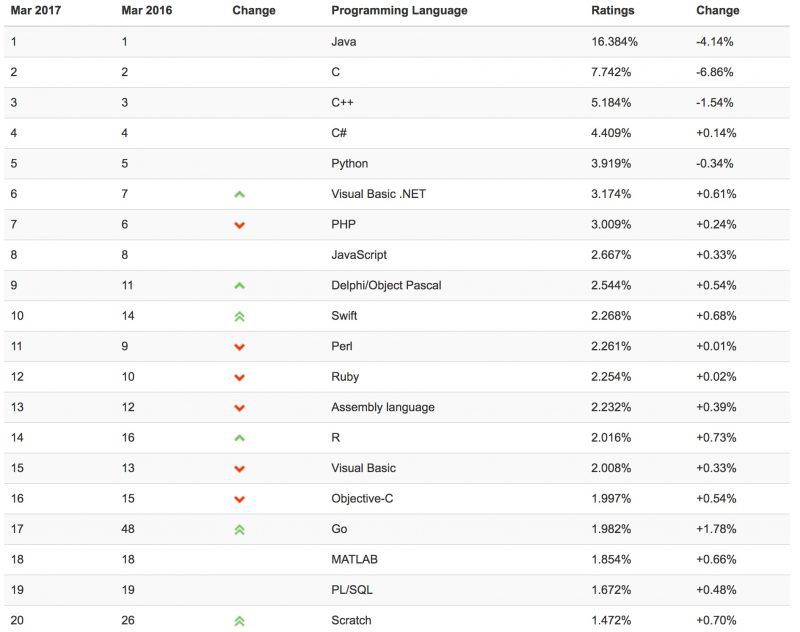 Apple has promoted Swift as ideal for kids who are keen to code, with its gentle learning curve demonstrated in Swift Playgrounds, an app that teaches children how to use the language. Apple has been updating and refining Swift since its debut, and is set to unveil Swift 3.1 this spring.

The TIOBE Index is calculated using search engine data to approximate the popularity of programming languages within online coding communities. Earlier this year, a quarterly study revealed that Swift had become one of the most sought-after freelance developer skills among employers.

Nozuka
Of course the one i hate the most is number 1.
Rating: 20 Votes

I thought most iOS apps were made with Objective C. How can it be so far down on the list?

This is not statistics about iOS development, it is about _all_ development. And it is completely unspecified how these percentages are measured and what they mean.
Rating: 7 Votes

Of course the one i hate the most is number 1.

I'd say Java -- like that clean Java in your side project -- is a totally okay language. What makes the experience horrible is the enterprisey everengineered cluster**** where it mostly "shines".
Rating: 6 Votes

Mr. Dee
I want to start learning Swift, since it seems like a clean slate (no coding experience all). Anybody know of a good step by step resource (not video based) I could follow?
Rating: 6 Votes

I remember writing assembly routines for my BASIC games for the ZX Spectrum when I was 12. I wasn't even aware it's still used today.
Rating: 5 Votes

I want to start learning Swift, since it seems like a clean slate (no coding experience all). Anybody know of a good step by step resource (not video based) I could follow?

Especially since Swift is aimed at kids learning programming, why is it not multilingual?

Swift is supposed to be a serious language for serious work, not a kids toy. And since 95% of IT things happen in English (language keywords, documentation, variable names, web discussions), no one really needs it to be multilingual. Besides that, a multilingual source code would be kinda unnecessarily difficult to parse.
Rating: 3 Votes

I want to start learning Swift, since it seems like a clean slate (no coding experience all). Anybody know of a good step by step resource (not video based) I could follow?


The Big Nerd Ranch guides are always the best in class: here's the amazon links. They do boot camps too.

Of course the one i hate the most is number 1.


Hopefully not for long.
Rating: 2 Votes

Swift is quite good. Not too difficult to learn but also quite powerful.


Yep, agreed. Since I went freelance around the end of 2014, I've been working in Swift. Although I have to say, I still have to battle prejudices. One C# developer commented that the exceptions make the language slow (no) and one Objective-C freelancer claimed last week that Swift is not worth it, since the language is still changing (not since version 3).

But compared to Objective-C, the code is so much cleaner.
Rating: 2 Votes
[ Read All Comments ]