Google today announced the all-new Android Wear 2.0 operating system update for its line of Android-based smartwatches, alongside two new devices debuting this Friday, February 10: the LG Watch Sport and LG Watch Style. The LG Watch Sport includes a number of features that aligns it as a direct competitor to the Apple Watch, including a new "rotating power button" akin to the Digital Crown, NFC and mobile payments features, 4GB of internal storage, and more.

The biggest difference between Apple Watch and the new LG watches is their circular OLED display, which measures 1.38 inches on the LG Watch Sport and 1.20 inches on the LG Watch Style. The two new LG watches differ in a variety of other categories as well: the Style is thinner and has more strap customization options, but it lacks cellular connectivity, GPS, NFC, and has a smaller battery.

Specifically, users can purchase the Style in three design finishes -- silver, rose gold, and titanium -- and choose from a collection of "snap and swap" 18mm leather and silicone band options. Even though the Style lacks the Sport's richer features, users can still bring up Google Assistant and perform other basic app-launching functions, according to Google.

That sets up the LG Watch Sport as the new flagship smartwatch from the company, with a built-in gyroscope, accelerometer, cellular connectivity, heart rate sensor, and GPS sensors to fuel a fitness-focused lifestyle, as well as NFC for Android Pay. There are also dedicated buttons for Google Fit and Android Pay so users can more quickly access these features, with Google calling it "Android Wear's most powerful watch yet."

The LG Watch Sport is available in titanium and blue with a high performance elastomer strap, but it's non-customizable beyond this set-up. Those interested in the U.S. will be able to buy the LG Watch Style at Best Buy and the Google Store for $249, while the LG Watch Sport will be available at AT&T, Verizon, and the Google Store for $349. Both smartwatches launch on February 10, and more countries will begin selling the devices in the coming weeks.


Debuting alongside the new watches is Android Wear 2.0, which brings personalized watch faces, workout improvements, Google Assistant, and more to Android smartwatches. Users can now customize an always-on watch face to include more helpful information to glance at, which can be chosen from downloaded and supported apps. A quick swipe will bring up another watch face that can be pre-set with different information, similar to Apple's watch face carousel update in watchOS 3.


You can now personalize your Android Wear always-on watch face with information and actions from your favorite apps. Simply glance at your wrist to check your next appointment, stock performance, progress on fitness goals, or whatever is important to you.

A quick tap on your watch face lets you instantly order an Uber ride, start a workout, or get in touch with your significant other. Interested in different info throughout the day? Just swipe to switch your watch face as you go from the office to the gym to dinner with friends and home again.

A cellular-connected Android Wear watch can also fuel better workouts, according to Google, thanks to the ability to stay in touch with calls and messages, stream Google Play Music off the watch and through Bluetooth headphones, and the addition of weight-lifting, push-up, sit-up, and squat rep counters. When a message is received, users can dictate or handwrite an answer, and "Smart Reply" includes intelligent, contextual responses based on the incoming message.

A number of sites have published reviews for both new smartwatches and Android Wear 2.0 today, including TechCrunch, The Verge, TIME, and more. The current consensus on Android Wear 2.0, as well as the LG Watch Style and LG Watch Sport, appears to be that the new products are a welcome addition to their respective categories, but still feel lacking. As The Verge pointed out in regard to the 2.0 update, "in a lot of ways, it's just Google playing catch up to what Apple and Samsung were already doing."

For Apple, an update to watchOS is in the works with an expected launch date sometime this year, although it's still largely a mystery as to what might be included in watchOS 4. In the nearer future, watchOS 3.2 plans to introduce users to a "Theater Mode" that will mute sounds and disable Raise to Wake, preventing the screen from lighting up with arm movement and potentially disturbing other theatergoers.

In terms of hardware, Apple is expected to launch a third-generation Apple Watch alongside the tenth-anniversary iPhone in the fall of 2017. Apple Watch rumors remain unclear with the launch date so far out, with some suggesting the first major design overhaul is coming to the Apple Watch this year, while others have pointed to another minor update in 2017 with a focus on performance over design changes. 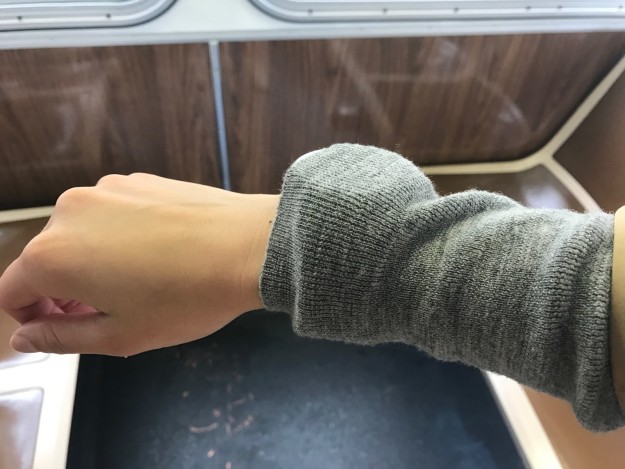 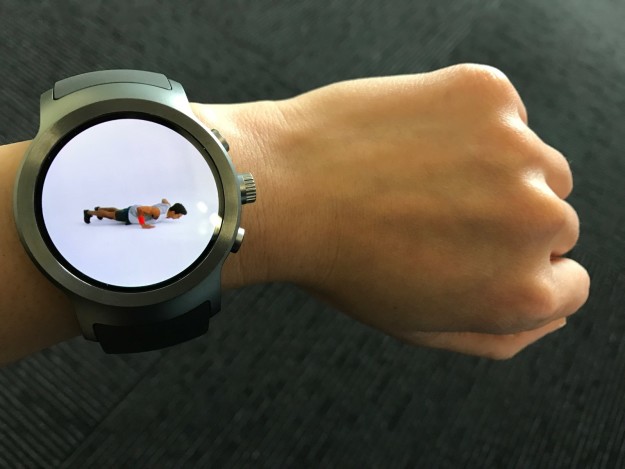 jozero
Man I wish the Apple Watch had a round face.

The square might be better for computer information, but it looks so uninspired and dorky.
Score: 14 Votes (Like | Disagree)

Zaft
Apple needs to put an always on face already. Imo these android watches look better as well.
Apple watch looks like a phone on your hand while these look like regular watches.
Score: 8 Votes (Like | Disagree)

I'll stick with my 38mm Watch. The smallest Android Wear Watch would look ridiculous on my tiny wrist.

You're entitled to do that and no one will criticize so please don't criticize the flip because it doesn't work for you.
Score: 6 Votes (Like | Disagree)

Yeah, they should have copied Samsung's navigation wheel. Apple already proved the digital crown was a bad idea.

why is it a bad idea? i like the digital crown a lot.
Score: 5 Votes (Like | Disagree)
Read All Comments

Thursday September 29, 2022 12:38 pm PDT by Juli Clover
Tony Blevins, Apple's vice president of procurement, is set to depart the company after he made a crude comment about his profession in a recent TikTok video, reports Bloomberg. Blevins was in a video by TikTok creator Daniel Mac, who was doing a series on the jobs of people he spotted with expensive cars. After seeing Blevins in an expensive Mercedes-Benz SLR McLaren, Mac asked Blevins what ...
Read Full Article • 472 comments