In a conversation on Twitter this morning that followed a call for ideas to improve the Twitter platform, Twitter CEO Jack Dorsey said he believes some form of editing function is needed on the social network.

The original question posed to Dorsey suggested Twitter users with badges verifying identity be allowed to edit, but Dorsey said editing should be a feature available for all Twitter users, not just those that have been verified. In additional tweets, Dorsey said an editing feature is being considered, and he asked whether a short editing window would be sufficient for correcting mistakes or if editing should be allowed at any time.

@howardlindzon not sure why you're quoting this tweet but yes, a form of edit is def needed. But for everyone, not just those w badges


It's not clear if and when Dorsey's feelings on an edit function will translate into an actual edit feature implemented on Twitter, but Twitter has been making a lot of positive changes in recent months and Dorsey says the company is "thinking a lot" about editing and how it would work on Twitter.

Back in September, Twitter implemented a change to its character limit, making it so photos, videos, GIFs, polls, and quoted tweets no longer count towards the 140-character limit. According to Dorsey, Twitter is also exploring better tweet storm tools, improved search relevance, better conversation threading, a more consistent response to hate speech and more transparency, and improvements to direct messages.

CrickettGrrrl
I'd love a 5 to 15 minute window to correct mthspellings and omissions. But no more than that because I'd hate to "like" somebody's Tweet and then have them completely change their Tweet to something hideous several hours later.
Rating: 10 Votes

mixel
The only way I'd be happy about editable tweets is if it shows a changelog you can view the old versions in.

It is *very* important people can be held accountable for things they've said. The potential for trolling and abuse is insane if you can just change your targeting tweets after the fact.
Rating: 6 Votes

If you make a mistake, delete the tweet... Not that complicated.
Rating: 4 Votes

The only reason not to allow editing is so that "gotcha" games can still be played. Is it sooo vital that a tweet be unaltered for historical reasons?

Disallowing editing has nothing to do with "gotcha" games because there's already a solution for that: delete the tweet.
Rating: 3 Votes

I'd love a 5 to 15 minute window to correct mthspellings and omissions. But no more than that because I'd hate to "like" somebody's Tweet and then have them completely change their Tweet to something hideous several hours later.

Yeah, the basic problem has always been:

They need a way to either allow only grammatical/typographical changes to text/links that do not alter the meaning (and AI just isn't that good yet), or have all likes/retweets dropped if the original is changed (possibly with some sort of update pushed out to the clients of anyone who has liked/retweeted, saying, "old version pulled, click okay to apply your like/retweet to this replacement"), or have something that makes it really apparent that the change has been made (replacement tweet with original tweet below it in slightly smaller print? Something that favors the new text but presents the original prominently enough that anyone will notice the change... hard to come up with a happy medium).
[doublepost=1483053106][/doublepost]

Jack Dorsey is a piece of garbage, ...

What's with the picture? Is it you, or him, or some random image off the internet? Is it added to your post as evidence of something, or intended to sway people's opinions in some way? Does spiky blue hair make a difference?
Rating: 3 Votes

redscull
What is so difficult about double-checking your tweet during the creation process before confirming it versus just after confirming it? Seriously, there is no need for an edit feature. That enables all kinds of abuse just to appease lazy people.
Rating: 2 Votes

thadoggfather
Jack Dorsey is a piece of garbage, you have this guy always challenging the first amendment. And secretly admires twitter being a vessel of hate and ignorance and people saying things they wouldn't say in real life. And not talking about this article- in relation to this article, doesn't really matter if twitter gets edit function, when it's out there it's out there. Can't have people unsee deleted or edited or modified re-posts 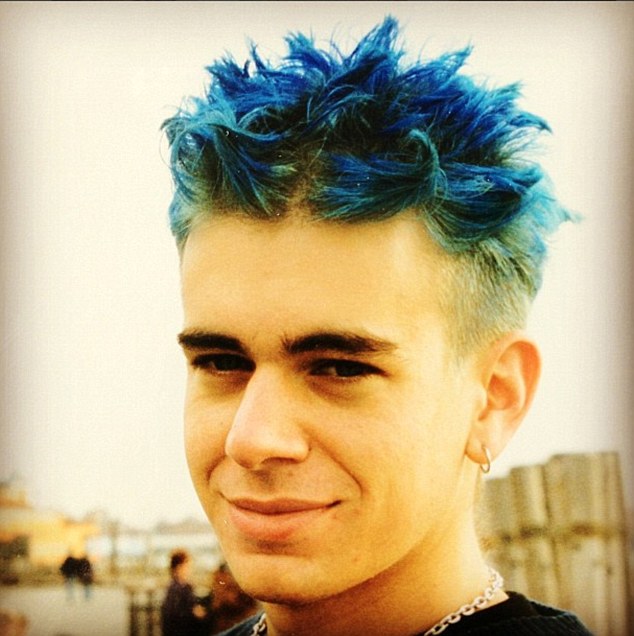 The only reason not to allow editing is so that "gotcha" games can still be played. Is it sooo vital that a tweet be unaltered for historical reasons?

Now that our president elect is tweeting instead of holding press conferences yes it is.
Rating: 1 Votes

ThunderSkunk
People saw a lot of their tweets (as well as Facebook posts) covering the events at Standing Rock disappear without explanation.

I think Twitters concept of a communications platform was fundamentally flawed from the beginning, and the route they've taken it, will not survive this presidency.
Rating: 1 Votes
[ Read All Comments ]