European Commission members met on Wednesday to discuss draft rules intended to eliminate roaming charges in the European Union as of June 15, 2017. 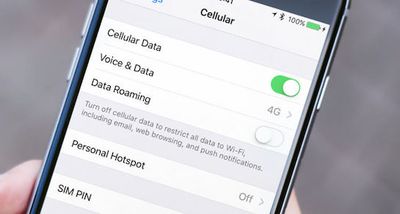 (Image: TapSmart)
The Commission said it is determined to put an end to roaming charges commonly billed by carriers when a customer calls, sends messages, or uses data on their mobile device while abroad in the European Union, outside of their primary country of residence, subject to proportionate checks for abusive usage.

European regulators have proposed a "Roam like at Home" solution that would allow travelers to call, text, and browse the web on their mobile devices when abroad in the European Union for no extra charge than the price they pay at home. It is not intended to be used for permanent roaming.

"Roam like at Home" is aimed at people who travel in the European Union for work or leisure. "They spend more time at home than they do abroad, and they make most of their calls, texts and use data in their home country," the Commission explained.

Example: with his €70 per month contract, Tim living in Netherlands gets unlimited calls, texts and data for his smartphone. When he travels abroad on holidays, he will have unlimited calls and text. For data, he will get twice the equivalent of €70 worth of data at the wholesale roaming data price cap, i.e. 0.85 cent/MB according to the Commission wholesale proposal, meaning more than 16 GB in this case. While roaming, he will get twice the volume he has paid for.

The latest draft further clarifies consumer rights, such as ensuring that customers abusing a carrier's roaming policy are not subject to over-intrusive background checks and establishing a minimum alert period of 14 days before roaming charges can be imposed on customers who exceed fair usage.

The revised rules also introduce safeguards to ensure carriers remain competitive. Customers can be asked to prove they live or have "stable links" to a specific country before "Roam like at Home" is included in their contract, while those roaming excessively can be sent a warning message and/or small roaming charge.

If, over a 4-month period, billing data suggests that a consumer has been more abroad than at home, but also consumed more data while travelling in the European Union, the operator can send a warning message. This message will warn the consumers that they have two weeks to inform their operator about their travel situation, or to change their travel or use patterns. Only a very small roaming charge […] can then be applied.

The draft legislation has now been sent to representatives for each European Union member state, who will meet on December 12 to vote on the text. Afterwards, the European Commission will be able to adopt the rules.

xlii
When can we, here in the States, join the European Union? Great Britain just quit so that means there is an empty seat at the table waiting to be filled.
Score: 12 Votes (Like | Disagree)

Won't happen. Ever. At best one in 20 people would think this is even a good idea.
For the most part, the EU is in the midst of collapsing. What started out as a good idea with a common currency and common market with free travel and exchange of goods, products and services has turned into an over-regulated nightmare with the EC making up rules and regulations as they go. Brexit was just first step in its collapse. Italeave will be next and the dominoes will all fall.

The EC is not making up random rules and regulations, they're regulating trade because that's the job it was created for. Stop reading the high-quality British newspapers with articles about how "the EU should be focussing on trade rather then regulating bananas" (hint: introducing market standards is a key element in eliminating so called non-tariff barriers to trade). The EU is doing exactly what it should be doing, and it's doing a pretty good job at it.

Most of the issues currently facing the EU (e.g. lack of common border control, limited cooperation on security and intelligence, lack of instruments to deal with economic fluctuations, perceived "democratic deficit" because the national governments don't want transnational elections to reduce the EU's democratic legitimacy, lack of social initiatives because anything related to social affairs is being held at state level) are mainly due to the limitations on the EU imposed by figures like Nigel Farage and Geert Wilders. And then they use the consequence of the limitations they introduced to cynically "prove" that they were right. It would be funny if it wasn't so sad.
Score: 10 Votes (Like | Disagree)

dontwalkhand
For Americans who are complaining, we already have this in the US, it's the same as walking between states and using your phone normally...and in some cases with some carriers, that include Canada and Mexico as well.
Score: 9 Votes (Like | Disagree)

Won't happen. Ever. At best one in 20 people would think this is even a good idea.
For the most part, the EU is in the midst of collapsing. What started out as a good idea with a common currency and common market with free travel and exchange of goods, products and services has turned into an over-regulated nightmare with the EC making up rules and regulations as they go. Brexit was just first step in its collapse. Italeave will be next and the dominoes will all fall.

Nonsense. The EU is great and the way forward. UK just failed to educate its people on all the great things. If you keep bargaining for decades, guess what picture you are creating.

I hope for an independent Scotland!
Score: 8 Votes (Like | Disagree)

Lol UK. Not for long!

EDIT: In all seriousness - is meddling in private business like this really a good idea?

I know, I know, I am a big, dumb, free market, capitalist American.

Markets are efficient when they have large numbers of buyers and sellers.

Telecoms operators are natural monopolies (or oligopolies) because of the high entry costs involved. They are far from efficient markets. This means that when market failure occurs (for example a disproportionate price like roaming at 1€ per MB) government steps in to regulate.
Score: 7 Votes (Like | Disagree)