The Bluetooth Special Interest Group today announced that the Bluetooth 5 standard has been officially adopted, which means manufacturers are now able to build it into their devices. 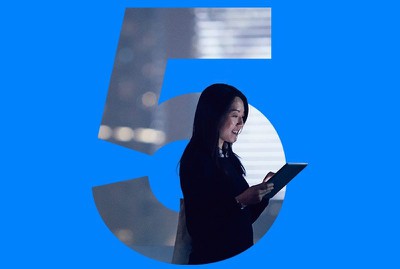 "This means whole-home and building coverage, as well as new use cases for outdoor, industrial, and commercial applications will be a reality. With the launch of Bluetooth 5, we continue to evolve to meet the needs of IoT developers and consumers while staying true to what Bluetooth is at its core: the global wireless standard for simple, secure, connectivity."

With the debut of Bluetooth 5, SIG's Bluetooth naming convention will drop all references to version and point number going forward, simplifying marketing.

Devices that adopt Bluetooth 5 will be available within two to six months, meaning the next-generation products Apple plans to debut in 2017, including the iPhone 8, may offer Bluetooth 5 support.

_Refurbished_
Analysts are reporting that Apple is going to create their own standard called Firetooth C. Firetooth C will require a dongle to be used, even though it's a wireless technology. More will be revealed at this year's Macworld conference.
Score: 53 Votes (Like | Disagree)

Amacfa
So that's why the AirPods were delayed!
Score: 22 Votes (Like | Disagree)

ErikGrim
Bluetooth - Next year it will be better.