Today's new iOS 10.1 beta, available now to developers, includes a new "Portrait" camera mode for iPhone 7 Plus users, which was shown off at the iPhone's debut event but wasn't quite ready for release.

Portrait mode is designed to mimic the kind of shallow depth of field images that can be taken with a high-end DSLR, with a front subject that stands out over a blurred background. 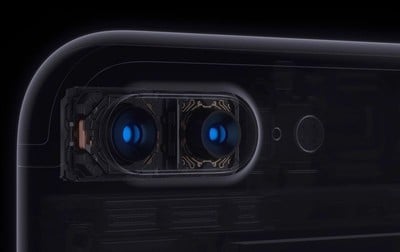 To achieve this look, Apple's built-in image signal processor scans a scene, using machine learning techniques to recognize the people in the image. From there, it creates a depth map of the image from both of the two cameras included in the device, keeping the people in focus while applying an artful blur or "bokeh" to the background.

According to TechCrunch, Apple's Portrait option was built on technology acquired from camera company LinX. Portrait mode is using the 56mm lens to capture the image while the wide-angle lens gathers perspective data to build the depth map and divide the image into layers.

Once it has this 9-layer slice, it can then pick and choose which layers are sharp and which get a gaussian (randomish) blur effect applied to them.

Once the telephoto lens detects the subject, using autofocus and other stuff we'll talk about in a second, the image processor inside the iPhone 7 will then apply blur in greater and greater amounts to the layers that are further away from that subject.

It's in beta, so there are some quirks Apple will need to work out. Apple has said that Portrait won't be used all the time, and it does appear to require good lightning and the right focusing distance between objects to function properly. It will take some experimentation to get good shots with Portrait.

Portrait mode is a new feature in the camera app that can be found alongside other video and photo taking options like "Video" and "Panorama." It even includes a Live Preview effect that lets you see what the image will look like before you take it, something that's unique to the iPhone.

ArtOfWarfare
Very neat, but I already felt like the mode switcher was getting crowded on my 6+ with:


I think Apple should figure out another UI for swapping between all these modes. Maybe bring back the straight forward toggle between photo and video from iOS 3, and then make Time-Lapse and Slo-Mo be sub-modes for Video, and have Square, Pano, and Portrait be sub-modes for Photo?
Score: 20 Votes (Like | Disagree)

balzz
Not bad at all

But will it hiss? :D

At least it won't explode.
Score: 16 Votes (Like | Disagree)

f_merc
rather have dark mode
Score: 15 Votes (Like | Disagree) 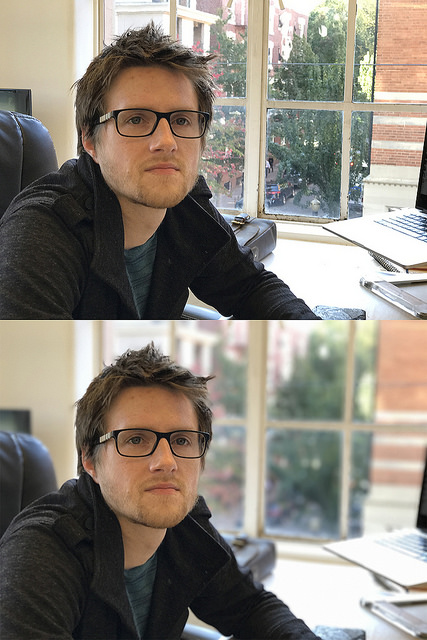 Gaussian blur? What in the world apple use lens blur ffs. How else will they get the bokeh like effect. Maybe someone misreported? Lens blur makes bright objects in the background turn into those beautiful bokeh balls while gaussian is just a regular blur kind of like those used to censor on television. Maybe apple has their own in house filter that'll do something like lens blur? Because gaussian will not make it look "bokeh" at all …

Were you actually expecting to get optical bokeh from lenses and sensors the size of your pinky nail? :)

This was always gonna be a digital effect applied in post.

The iPhone may do a billion calculations when you press the shutter... but this is still a special effect.

I was honestly hoping that you could use image data from both cameras combined to make one good picture... not this faux-blurred-Photoshop effect.
Score: 13 Votes (Like | Disagree)
Read All Comments

Monday May 17, 2021 6:06 am PDT by Joe Rossignol
Apple today announced that Apple Music will be gaining support for Spatial Audio with Dolby Atmos at no additional cost starting in June. At launch, Apple Music subscribers will have access to thousands of songs in Spatial Audio from artists like J Balvin, Gustavo Dudamel, Ariana Grande, Maroon 5, Kacey Musgraves, The Weeknd, and many others. Apple says this feature will provide a...
Read Full Article • 428 comments