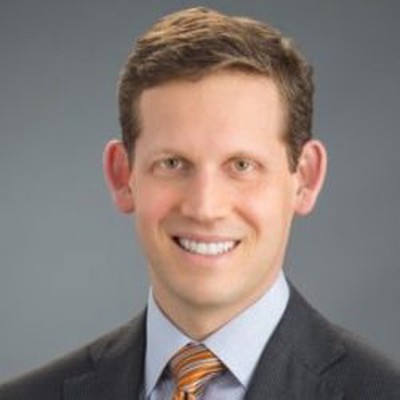 During his tenure at Time Warner Cable, Stern was involved in talks with Apple about a potential deal for a joint television service that would be offered on the Apple TV. No such deal was able to be established, however, as Apple has had ongoing negotiation difficulties with content providers. Stern left Time Warner Cable following its acquisition by Charter Communications earlier this year.

He served in senior strategy and corporate development roles at the cable company as it maneuvered through multiple takeover attempts over the past few years.

According to The Wall Street Journal, Stern is a vocal proponent for eliminating proprietary cable boxes provided by cable companies. He believes content providers should "be more open" to offering TV channels as apps across a wide range of devices.

Given his expertise in the cable industry, Stern may help Eddy Cue negotiate deals with media companies for a future television service. Cloud services also encompasses Apple Music, iTunes, and other iCloud-based products, so his hiring does not necessarily suggest a renewed interest in television streaming.

iwayne
Time Warner uh oh. TWC is the one of the worst companies in the world
Score: 23 Votes (Like | Disagree)

IUBall22
I hope he's all ears to customers' needs.
Score: 10 Votes (Like | Disagree)

NachoGrande
That's not good. Nothing from TWC is good.
Score: 8 Votes (Like | Disagree)

uberboxer
I dont think many people sing praises of their cable companies. But TWC has to be one of the worst consumer friendly companies out there. Why would Apple see value in hiring anyone from that company?
Score: 7 Votes (Like | Disagree)

Denisg3577
I worked in HR for TWC under Stern for a few years. I have to say that he is ridiculously smart and had great vision. He also took project input very well and would actually adjust plans were appropriate. He shared with our team several concepts/visions that he had for the future of Cable Industry (and it wasn't just TV/Internet/Phone). So although his picture may make him look like a 'suit', this could turn out to be a good hire. Time will tell.
Score: 6 Votes (Like | Disagree)

I can't unsee those ears...

Wednesday June 16, 2021 7:11 am PDT by Hartley Charlton
With no sign of redesigned MacBook Pro models at this year's WWDC, when can customers expect the much-anticipated new models to launch? A number of reports, including investor notes from Morgan Stanley and Wedbush analysts, claimed that new MacBook Pro models would be coming during this year's WWDC. This did not happen, much to the disappointment of MacBook Pro fans, who have been...
Read Full Article • 178 comments

Tuesday June 15, 2021 3:41 am PDT by Tim Hardwick
Apple in iPadOS 15 has added the ability to access NTFS-formatted media from within the Files app. The additional support for the Windows-related format, first discovered by YouTuber Steven Fjordstrøm, is read-only, so like on macOS you can't modify files stored on NTFS devices, but you can at least copy any data on them for working on elsewhere on your iPad. The Files app has also gotten a...
Read Full Article • 115 comments

Wednesday June 16, 2021 10:49 am PDT by Juli Clover
Apple CEO Tim Cook this morning participated in a virtual interview at the VivaTech conference, which is described as Europe's biggest startup and tech event. Cook was interviewed by Guillaume Lacroix, CEO and founder of Brut, a media company that creates short-form video content. Much of the discussion centered on privacy, as it often does in interviews that Cook participates in. He...
Read Full Article • 227 comments