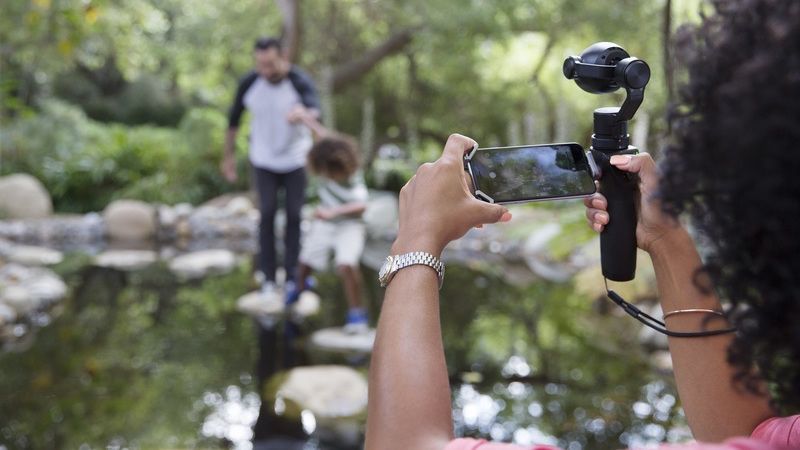 DJI's Osmo+ has a 7x zoom consisting of 3.5× optical and 2× digital lossless zoom when shooting with 1080p. These specs give the system a focal length ranging from 22mm to 77mm, all "without sacrificing HD quality," allowing for motion timelapse shots, advanced stabilization, and a powerful camera with the ability of capturing 4K/30fps video and 1080p/100fps in slow motion.

“The Osmo+ opens up entirely new capabilities for creators who love the Osmo’s ability to deliver crisp, sharp and detailed handheld imagery,” said Paul Pan, Senior Product Manager. “From action selfies to detailed panoramas to motion timelapses, the zoom features of the new Osmo+ once again expand the capabilities of handheld photography to push the limits of the imagination.”

Users can extend the arm of the Osmo+ to take advantage of a "moving selfies" feature, which takes crisp front-facing action shots after a quick triple tap of the trigger button. The camera also takes detailed panorama shots that blend nine separate photos into one, and long exposure photographs without the need for a tripod, thanks to its advanced stabilization ability. 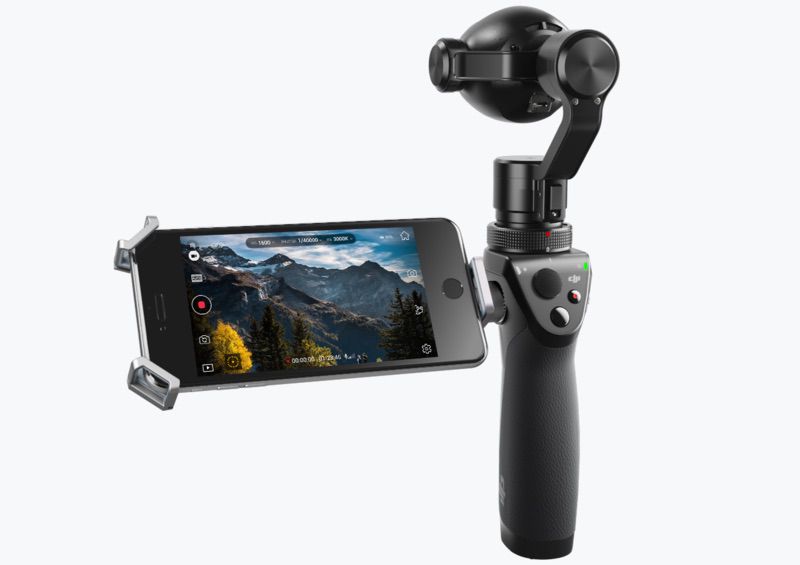 DJI is selling the Osmo+ for $649.00 on its website, with a collection of accessories including a bike mount ($49.00) and universal mount ($25.00), to add extra equipment like a microphone or LED light to the camera.

ghost187
This is really awesome till you look at the price and just buy the whole drone lol.
Rating: 5 Votes

Michael Scrip
To everyone saying "why not get ______ camera instead..."

You realize the Osmo is a camera AND a 3-axis gimbal solution... right?

Look... there's no argument that a DSLR will provide much better video quality than the tiny sensor in the Osmo.

There are quite a few 3-axis gimbals for DSLRs:

If you have a DSLR and one of those gimbals... then I can see the comparison to the Osmo.

But saying "why not buy a DSLR instead" makes no sense.
Rating: 2 Votes

teknikal90
DJI is killing it.
I bought myself the Phantom last month and am blown away by all the different inhouse tech that they've perfected - flight controller, Lightbridge, gimbal, camera, iOS app... all work perfectly together.

Filmmaker friend of mine bought the Ronin and we played around with it last week. Also incredible.

The amount of polish on their products is amazing. Reminds me a bit of Steve Jobs' Apple.
Rating: 1 Votes

Why not buy a DSLR or RX100 with this size and price ?

becaase neither come with the gimbal.
Rating: 1 Votes
[ Read All Comments ]