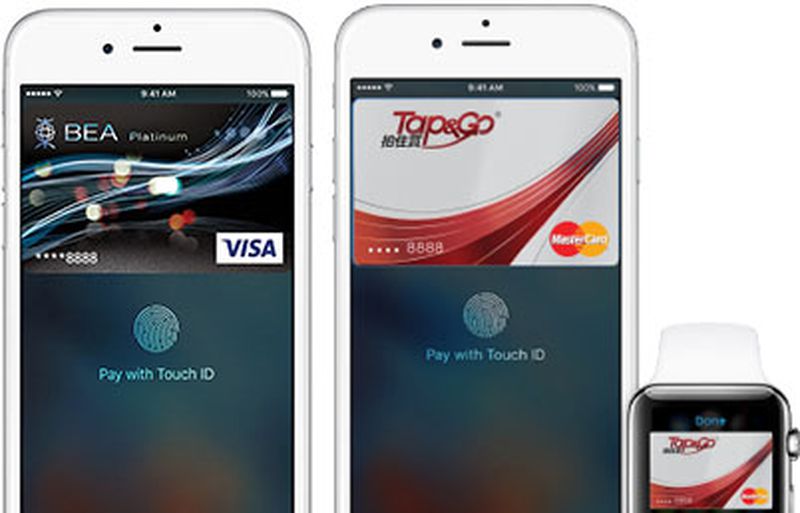 BEA customers can add eligible MasterCard and Visa credit cards to Apple Pay and receive 5,000 bonus points between now and August 22, while the first 30,000 customers that complete three or more Apple Pay transactions between now and October 31 will receive a 25% cash rebate of up to $180.

Likewise, HKT Tap & Go customers that add prepaid cards to Apple Pay, and complete three or more Apple Pay transactions between now and August 31, will receive a cash rebate of up to $50.

Eligible cards can be added to Apple Pay by tapping the "Add Credit or Debit Card" option in the Wallet app on iPhone 5 and later running iOS 8.1 or above.