Apple today began decorating the Bill Graham Civic Auditorium in San Francisco, which is where the Worldwide Developers Conference keynote will be held on Monday. Crews have started putting up window decorations, and rainbow-colored flags, and as the weekend progresses, we should see additional banners and signage.

This year's Worldwide Developers Conference website, app, and media invites have all featured a simple but colorful dark theme, and it's likely signs and banners will adopt the same aesthetic.

Image via Instagram
Decorations have not yet started going up at the Moscone Center, where the rest of the conference will take place. Apple typically starts decorating Moscone West on Tuesday or Wednesday during the week ahead of WWDC, but an event that took place at the venue through Thursday may delay decorations until later today.

This year's keynote event will feature the debut of iOS 10 and OS X 10.12, along with new versions of watchOS and tvOS. We may hear more details on Apple's App Store changes, and we could see updates to some services, like Apple Pay. For full details on what to expect, make sure to check out our WWDC roundup.

Apple will provide a live stream of the WWDC keynote on the Apple TV and on iOS and Mac devices through its website. MacRumors will also provide live coverage of the event for those unable to watch, both on MacRumors.com and through our MacRumors Live Twitter account.

Update: Apple has also begun decorating Moscone West, and the first parts of the Apple logo have gone up on the window.

You don't think the flags in the picture are from Apple even though they have the Apple logo on? 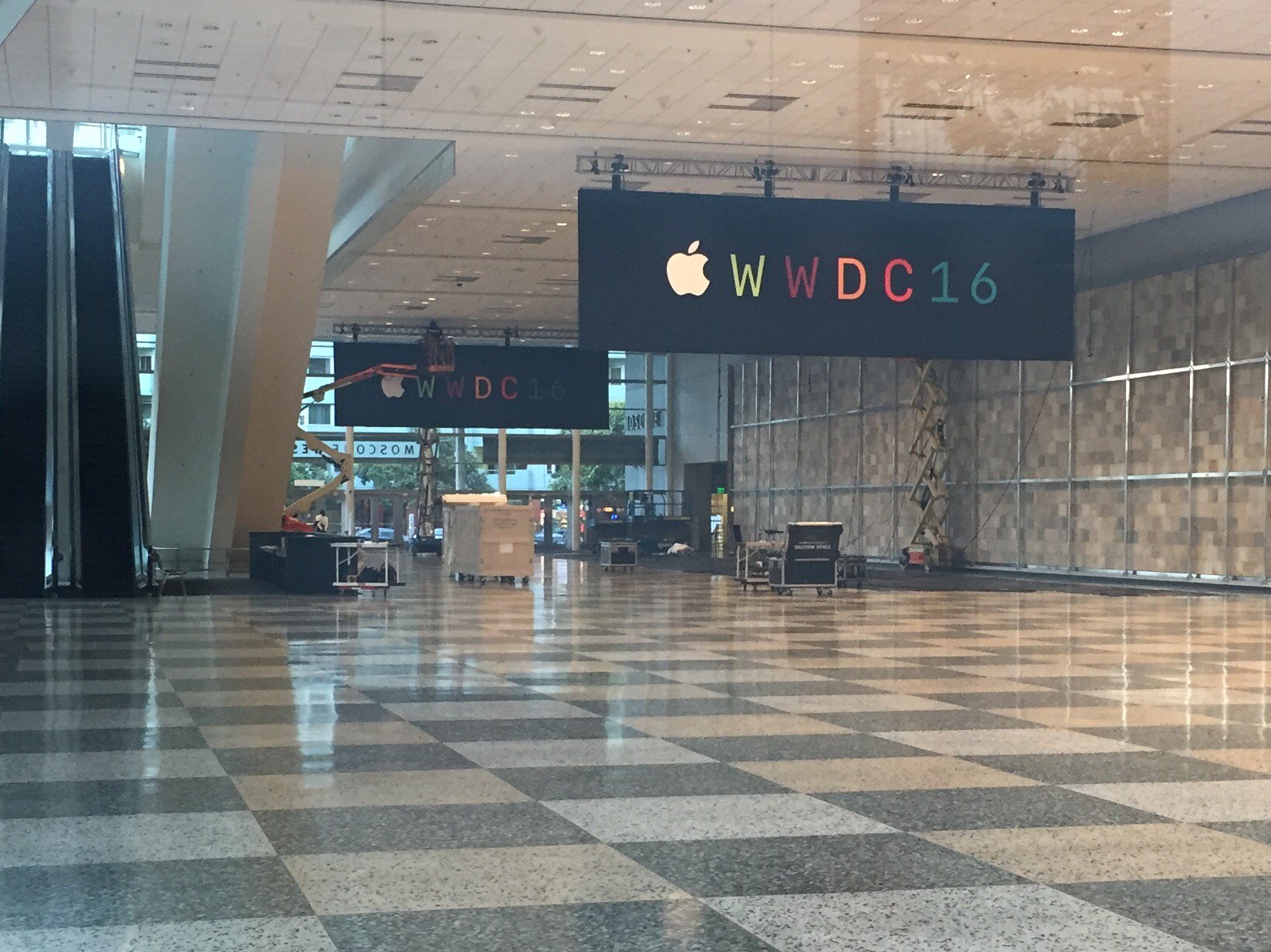 WarHeadz
Loving the rainbow Pride Month flags on the outside too, even though they don't have anything to do with it.
Score: 3 Votes (Like | Disagree)

Saturday January 23, 2021 2:42 pm PST by Joe Rossignol
Since the launch of iPhone 12 models in October, Apple has acknowledged that the devices may cause electromagnetic interference with medical devices like pacemakers and defibrillators, but the company has now shared additional information. Apple added the following paragraph to a related support document today:Medical devices such as implanted pacemakers and defibrillators might contain...
Read Full Article • 100 comments

Friday January 22, 2021 7:50 am PST by Joe Rossignol
Last week, reputable analyst Ming-Chi Kuo outlined his expectations for new 14-inch and 16-inch MacBook Pro models later this year, including the return of the MagSafe charging connector, the removal of the Touch Bar, a new flat-edged design, and the return of more ports built into the notebooks for expanded connectivity. A concept of a modern MacBook Pro with an SD card reader Kuo did not...
Read Full Article • 498 comments

Saturday January 23, 2021 11:02 am PST by Frank McShan
Microsoft yesterday shared a new ad on YouTube titled "Microsoft Surface Pro 7: The Better Choice," in which the company compares its tablet computer to Apple's 13-inch M1 MacBook Pro, as spotted by MSPoweruser. The ad highlights the Surface Pro 7's touchscreen and included stylus as opposed to only a "little bar" (the Touch Bar) on the MacBook Pro. Other advantages of the Surface Pro 7...
Read Full Article • 325 comments