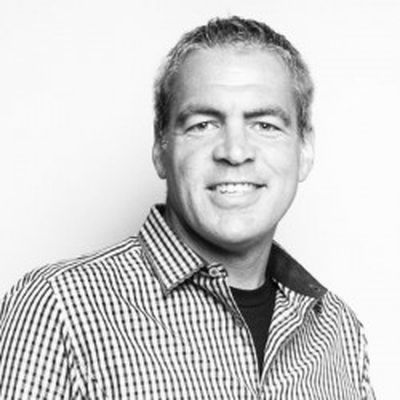 The former Delta Airlines VP was hired by Apple in March 2014 shortly after Angela Ahrendts was confirmed the company's next senior VP. The hires came as Apple sought to beef up its retail division following two years without a retail leader since John Browett's dismissal in 2012.

Kupbens took over from Apple VP Jennifer Bailey – now in charge of Apple Pay – and was directly responsible for all online retail initiatives, such as Apple's recently redesigned online store and its online iPhone upgrade program.

Apple's retail leadership has had a relatively high staff turnover in recent years compared to other divisions in the company. In January 2013, VP Jerry McDougal left Cupertino after playing a key role in the company's retail development for 12 years. Ahrendts' division shake-up later made way for the 2015 retirement of Bob Bridger, the last Apple retail executive of the Steve Jobs and Ron Johnson era.

Seeing how much the online store has been (positively) changed, he must have done something right.

You're kidding right!?! Even http://store.apple.com doesn't take you to the online store anymore. WTF?!?
Score: 14 Votes (Like | Disagree)

bushido
i really dont like the "new" online "store" straight from the product info page. too much clicking around, especially on mobile devices. i know theres the App but ... lazy
Score: 7 Votes (Like | Disagree)

jmgregory1
What gets me, as I've lived through change-over similar to Ahrendt's installation, is that she (and others like her) think and are treated as if they are doing something truly significant. When in fact, it was the actual hard work of creating Apple Stores in the first place, by people like Ron Johnson, that made it possible for her to have a job. Apple already had changed the computer and device shopping experience with their stores, so now it's just tweaking work required and in that regard, I certainly don't think she's contributed anything positive to either the brick and mortar or online shopping experience.

The only positive thing I can say about the stores is that the Apple Store app allows me to not have to wait for sales help, at least on non-device purchases, so I can go in, pay for the product on my iPhone and walk out. Otherwise, the employees don't, in my experience, even know as much about products or Apple in general, as I do (given I've got a good 30 years on most of them), and fighting through the crowds just isn't worth it to me. Even my youngest son sees and feels the negative change, as he used to ask to go to the Apple Store just to look at things, but no longer does. In part it's because we own so much Apple product already, but it used to be exciting to see the new iteration of different product and that excitement just isn't there any longer.

My wife has said this many times, and I agree, that Apple used to be special because it effectively appealed to a certain group of creative people and now that they're a mass market brand, that specialness is gone. It's a positive for Apple because they've moved beyond being a niche player (to the biggest and most successful company in their space), but for those who had the vision back in the day, it's more difficult to get excited about a brand that has effectively become what they competed against 20+ years ago.
Score: 4 Votes (Like | Disagree)

slu
There should be turnover in retail. Buying anything at an Apple Store is an awful experience and the online store has been changed for the worse. I actually left an Apple Store without buying because I had to put my name on a list for a "sales specialist" and could not just pay for an item and go.
Score: 3 Votes (Like | Disagree)

Dr.Chroma
A lot of resignations documented in the last 12 months from Apple. I'm sure the work environment is stressful, but clearly the payoff is not enough to subdue these upper level executives.

Maybe Angela Arhendts should join him. Maybe Burberry was her 'True Calling'.
Score: 2 Votes (Like | Disagree)
Read All Comments