Apple Maps has recently been updated with all-new transit data for New South Wales, Australia, allowing iOS users to navigate the area with the new addition of the NSW TrainLink line as well as bus stations. Before the update, only rail directions for Sydney Trains were available. Sydney, and now New South Wales as a whole, are still the only areas in Australia with Transit information available. 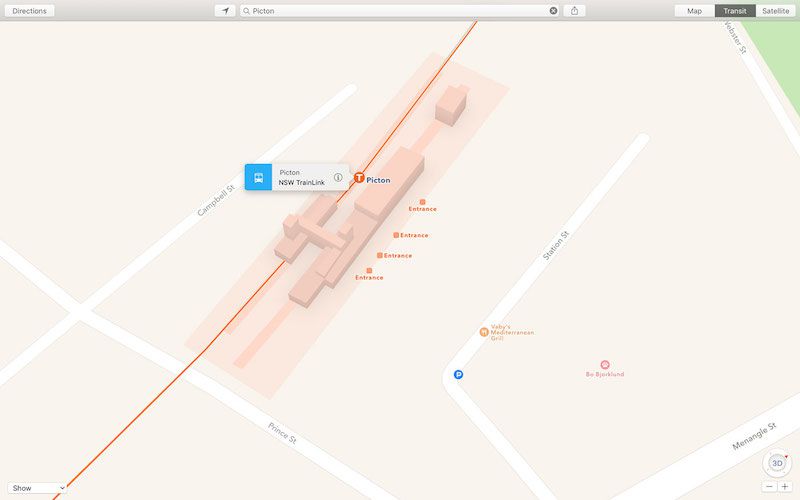 NSW TrainLink provides residents with transportation throughout New South Wales, and even extends above and below the states borders, to cities like Melbourne in the south and Brisbane in the north. The new transit additions should help tourists out, as well, since New South Wales also houses the popular destination -- and most populous city in the nation -- Sydney, Australia.

Transit directions became a helpful feature with the introduction of iOS 9, and has since expanded to be supported in 16 cities around the world. Including Sydney, Transit directions can be found in Seattle, Austin, Baltimore, Berlin, Boston, Chicago, London, Los Angeles, Mexico City, Montreal, Toronto, New York City, Philadelphia, San Francisco, and Washington, DC. There are also a few dozen cities in China that include Transit directions in Apple Maps.

justperry
Sadly rollout is too slow, by now most of the countries in the west should have full transit directions.
Rating: 2 Votes

Sadly rollout is too slow, by now most of the countries in the west should have full transit directions.


It is only in Boston, New York, Philadelphia, Washington, Chicago, Seattle, Portland, San Francisco, Los Angeles, Austin, Toronto, Montreal, Mexico City, London, Berlin, and Sidney... I agree with you.
Sadly that covers 4,8% of the population living in the west.
Rating: 1 Votes
[ Read All Comments ]