After an announcement last August and a successful pilot program in October, MasterCard recently announced that the company will begin expanding a feature which allows facial recognition software to act as biometric security in mobile payments (via Fortune). Unofficially dubbed "selfie pay," the program lets users confirm an online payment by holding up a smartphone's camera to their face and blinking to ensure the program isn't being duped by a still photograph. 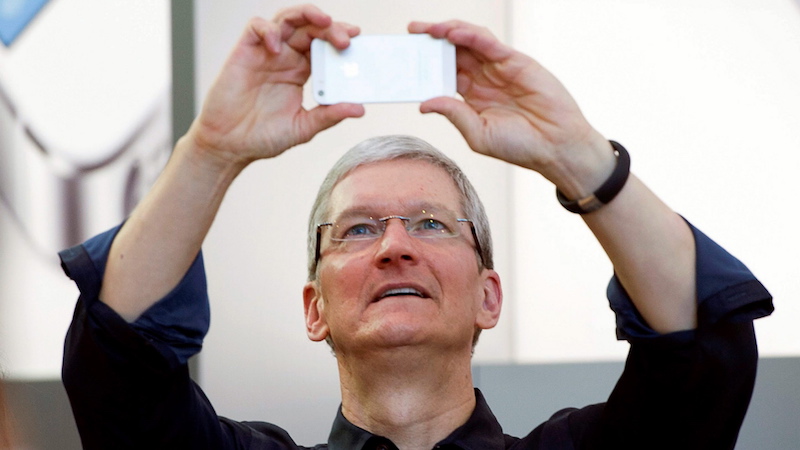 The process would take place within MasterCard's own Identity Check app (currently unavailable in the United States) and is built to streamline the verification process of lengthy digital purchases, superseding the need for a MasterCard's PIN number or password with a quick selfie. The United Kingdom will be one of 14 total countries targeted for the summer rollout, but beyond the pilot program's support of First Tech Federal Credit Union, the expansion of supported banks was not listed.

One big motivation behind Mastercard’s expansion of its selfie pay tool is cutting down false declines, which occur when a legitimate transaction is rejected because of suspected fraud. These instances cost the company some $118 billion per year—13 times more than the cost of actual fraud.

MasterCard isn't looking solely at selfies to confirm purchases, however. Last year, the company began testing a feature that worked in tandem with the Nymi band to verify mobile transactions through a user's unique heartbeat. At the time, Nymi said that its biometric technology could potentially be implemented into existing wearables for a wider adoption, but MasterCard's current focus sits on the summer's rollout of its facial recognition feature.

DCJ001
" superseding the need for a MasterCard's PIN number"

DingoDance
This sounds like an article from The Onion
Rating: 7 Votes

macduke
I hope this app doesn't let you retake your selfie because I could see my little sister doing this for 15 minutes while in line. I'm not joking. I really hope Apple Pay takes off at more retailers. This would erase all of their fraud concerns while streamlining the entire checkout process. I use it several times per week and it's a breeze—especially on my AW. But I can't blame them for making this at this point in time. It's one of their only options using an app without deeper hardware access. I just don't like the idea of it and think it will slow down checkout time for the rest of us having to open a special app and take a selfie.
Rating: 3 Votes

Probably instantly defeated by Live Photos.
If you've stolen the account, look up the user for any selfies. Either hope for a live one, or simply animate one yourself. Would the software be able to identify a "real" blink?

andycr
Ok, so get a video of the target, freeze frame them just before a blink and during, and swap between photos one and two every half second or so. Pretty sure that would break their 'security'.
Rating: 2 Votes

" superseding the need for a MasterCard's PIN number"


Yeah that thing you type into the ATM Machine
Rating: 2 Votes

BruiserB
And this is easier than resting my thumb on the home button?
Rating: 1 Votes

xotigu
What in the world is going on
Rating: 1 Votes

Ok, so get a video of the target, freeze frame them just before a blink and during, and swap between photos one and two every half second or so. Pretty sure that would break their 'security'.

Haha yep—except that retail employees might be trained to look for people doing weird tricks like this. It would come down to the human element to keep the fraud at bay. That's why Apple Pay is so fantastic. Works great at self-checkout and eliminates human error.
Rating: 1 Votes
[ Read All Comments ]