Popular streaming music service Pandora has launched an app for the new fourth-generation Apple TV, allowing Pandora listeners to play their favorite music and radio stations on their television sets. 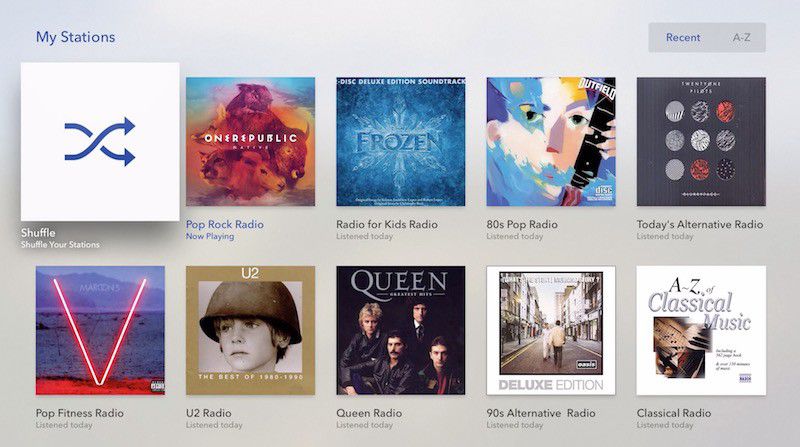 On the Apple TV, the Pandora app has a simple, streamlined interface with sections for managing existing stations, creating new stations and accessing account options, along with a "Now Playing" section that displays the station a user is listening to. 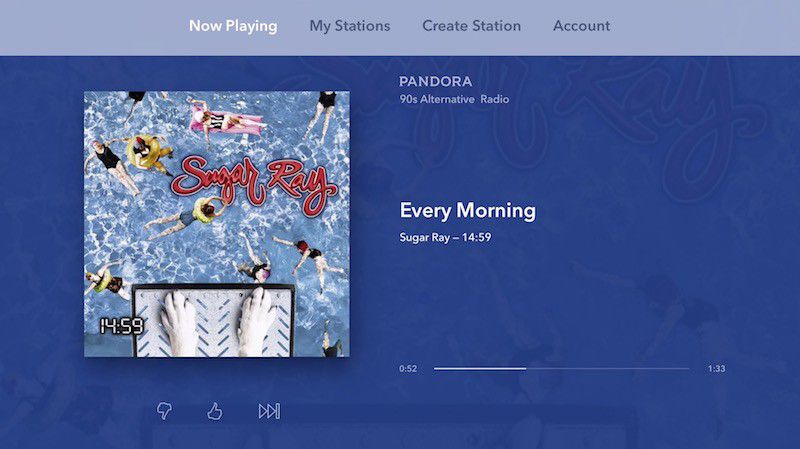 Throughout the Pandora app, songs and stations are accompanied by large album artwork for quick browsing, and there are built-in controls for skipping a song and liking or disliking a song. In the Now Playing section, each song is listed with an album title, artist name, and cover art. 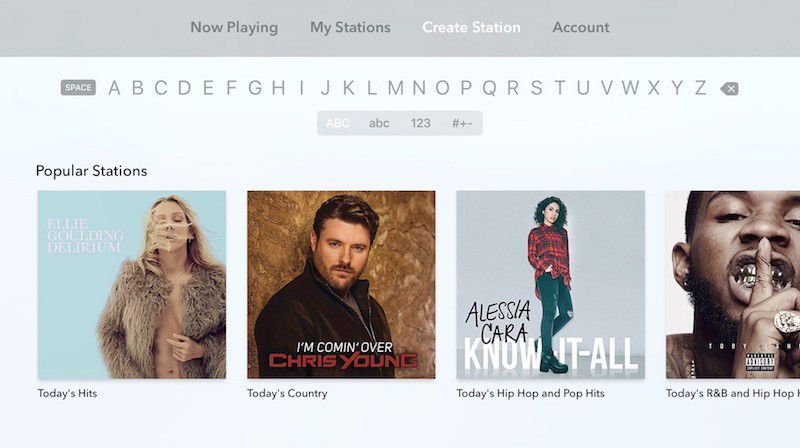 Pandora, which recently acquired assets and employees from competing streaming service Rdio, is one of the most popular streaming music services and a major Apple Music competitor. Unlike Apple Music, Pandora is an ad-supported station-based streaming music service that allows customers to listen for free. Pandora also offers a subscription option that removes advertisements and gives users more "skips" to bypass undesirable songs.

The free Pandora app can be downloaded on the Apple TV by searching for it in the tvOS App Store. If you own the Pandora app for iOS, it will be listed in the purchased section.

fpnc
The app doesn't work on my ATV4. I've installed it twice and signed in and it recognizes my account and shows my stations but when I try to select anything it just shows the current song and never plays anything.

Looks like they have some activation problems or they either released the app before they had all the bugs out. The same account works fine on my iPhone, just not on the app on new ATV4

-- UPDATE --
I found what was preventing Pandora from working. As odd as it seems after many tries to get the app to actually play music I went into the ATV4 Settings and turned back ON the "Sound Effects and Music" option and Pandora started to work. I had turned that option off several weeks ago when the AppleTV was nearly new because I didn't like the sound effects that were played with some events on the AppleTV. Well, after I toggled that setting back OFF Pandora has continued to work, so they must have some problem in the Pandora app that when it is first initialized it will fail if you have the "Sound Effects and Music" option turned off. Very, very odd.
Rating: 2 Votes

I found what was preventing Pandora from working. As odd as it seems after many tries to get the app to actually play music I went into the ATV4 Settings and turned back ON the "Sound Effects and Music" option and Pandora started to work.


Thanks for the update! I had the same problem with the app not working and, until your post, I did not realize it was because the "Reduce Loud Sounds" was option was "On". With it "Off", the app works great!
Rating: 1 Votes

JRobinsonJr
This is HUGE! For all the naysayers our there (including me) this is clear evidence that Apple has released its stranglehold on the Apple TV and will welcome content provider competition. There is NO EXCUSE anymore for Amazon, Vudu, etc. to not be on the device.
Rating: 1 Votes

pajamma
so, if I don't want to use the Pandora apps already in my reciever, smart tv, or Bluray player, I'm all set!
Rating: 1 Votes
[ Read All Comments ]