With Digits, customers can sign up for an app or service using a phone number with Digits providing a confirmation code used for verification purposes in lieu of a password, a feature that's likely to be handy on the new fourth-generation Apple TV. Entering lengthy passwords using the new Apple TV remote is a hassle and the Digits login feature will remove that pain point in apps that use it. 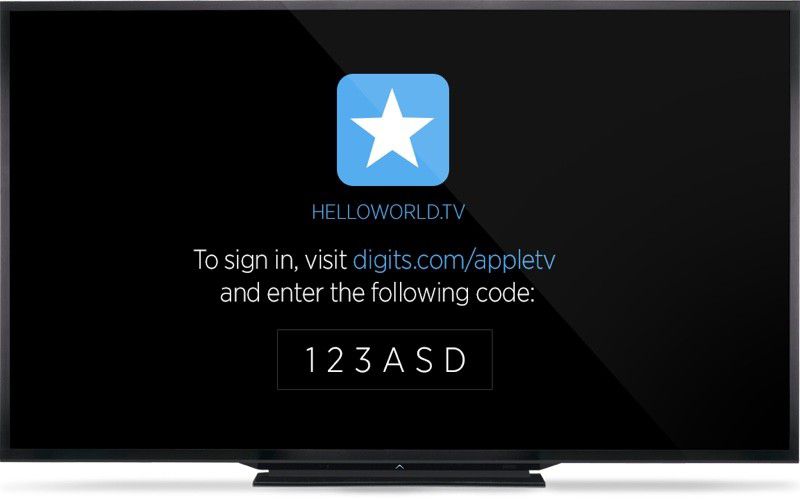 Using Digits' device authorization, your app on the Apple TV will show a short alphanumeric code. Your user then simply enters the code on digits.com/appletv via their laptop or smartphone to authorize the device to their account. Once that's done, the TV device receives a Digits session for the user's account which you can use to instantly identify your user and personalize their experience.

Goldfrapp
I bet we'll see MySpace come back from the dead before Apple decides to update their useless Remote app.
Rating: 8 Votes

mw360
Nothing but spyware. Would rather type my password on the glass trackpad with my teeth.
Rating: 7 Votes

macfacts
Steve Jobs: What is touchID suppose to do? ...... Then why the fu*k doesn't it do that.
Rating: 5 Votes

GeneralChang
And we could do away with all of this if we just had the remote app back.
Rating: 4 Votes

Nothing but spyware. Would rather type my password on the glass trackpad with my teeth.


Ah got to love when NON-developers comment on a developer tool. If you are not a developer ST*U!

Ah got to love when NON-developers comment on a developer tool. If you are not a developer ST*U!


Or you could have explained how I was wrong and provided the real reason why both Facebook and Twitter seem to be in an urgent hurry to babysit our TV viewing experience.
Rating: 1 Votes
[ Read All Comments ]