Dutch electro-house DJ Hardwell, one of the most popular EDM artists worldwide, has announced on Twitter that he will be talking about his career and performing a special live set at the Apple Store in Amsterdam on Thursday, October 15 at 7:15 PM local time. 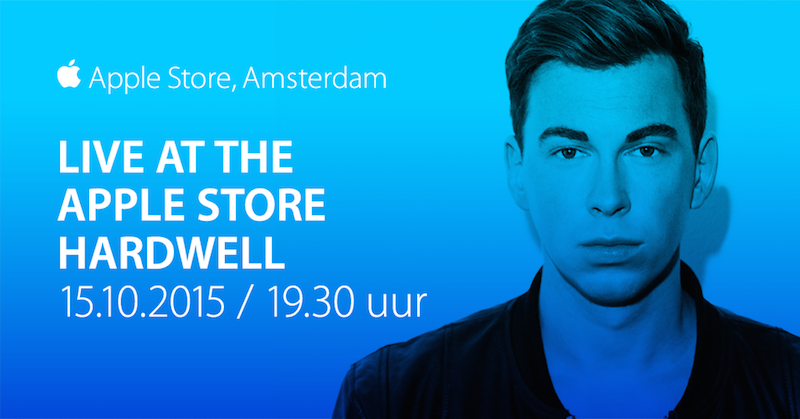 Hardwell's set will be recorded for broadcast on Beats 1 radio on Apple Music. Apple is accepting a limited number of reservations for the free performance on its Dutch website. You must have an Apple ID to make a reservation.

Apple Stores often hold free events with authors, actors, musicians, filmmakers and other notable individuals. Hardwell will be one of the more famous guests, with more than 2.4 million Twitter followers and his debut album United We Are peaking at No. 2 on Billboard's electronic music charts.

There's something positive about it???? :rolleyes:


There's plenty positive about it. A very significant part of Apple's economics are based on electronic music producers (new and major) who use Macs. DJs who who won't brave the PC world in a mission critical situation (and it is mission critical if your computer crashes in front of 1000+ people ... Or on a radio station). I own 2 MBPs and am going to upgrade again. All that money wouldn't go to Apple if I didn't play the genre.... And that's just me compared to the rest of the world at large lol.
Rating: 1 Votes

Let's hope they check all bags for hard drugs during admission. :(


Let's not put more negative image onto the electronic dance music scene. Besides, I doubt there will be that many people high on drugs at an Apple Store. It's nowhere close to being a club environment, no LEDs and visuals. It's a brightly lit store with no dance floor.
Rating: 1 Votes

fullauto
If you plan on getting mashed at this event please leave your credit card at home..
Rating: 1 Votes

In before you getting scolded for liking EDM. :cool:

And wow, wish I could be there.

Maybe they'll do this more often and at other locations as well, I wouldn't mind a quick trip to Frankfurt or Dusseldorf for example.