Apple is planning to expand the availability of transit directions to other cities going forward, with major metropolitan areas being a priority for the company. It appears transit information in Sydney and Boston may still be rolling out as it is not yet accessible to all users in Apple Maps.

Today's transit update follows recent news that Apple will soon shut down HopStop, the mapping company that it purchased in 2013. The HopStop service offered detailed subway, bus, train, taxi, walking and biking directions in more than 600 cities throughout the U.S., Canada, Europe, Australia, and New Zealand, and has likely played a major part in the development of the long-awaited transit feature within Apple Maps.

Update: Apple has updated its iOS 9 feature availability page to note that transit directions for Boston and Sydney will be available in October of 2015, suggesting transit information in those two cities is not yet accessible. 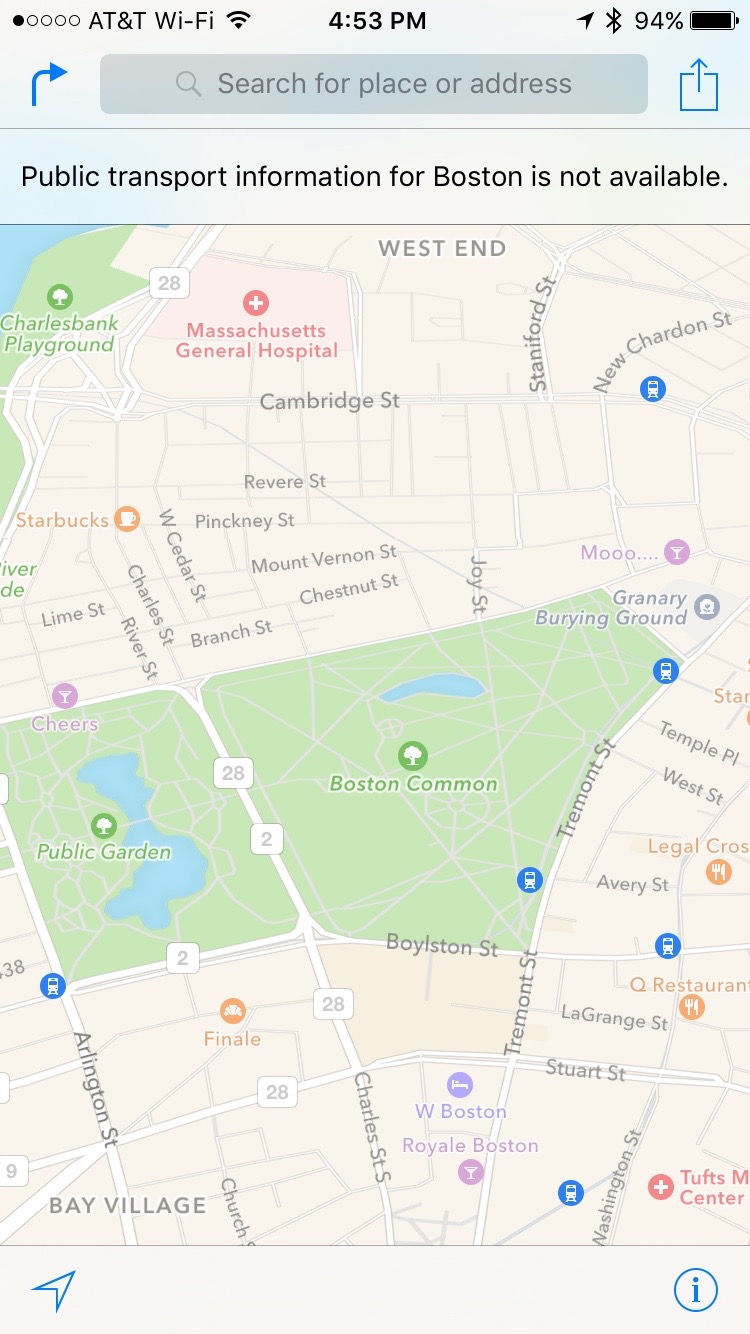 Nalmond92
Glad they adding transit like flyover and doing via the back end. I had worried that they'd hold them out for iOS updates and call them features...
Score: 4 Votes (Like | Disagree)

Is transit maps working for anyone in Sydney yet?

Nothing for me yet.

I did notice that on my recent trip to New York, when I arrived I received a notification on my lock screen from the Maps app telling me that Transit directions were available for New York City, so I'm assuming that we'll get the same here in Sydney when it's finally completed soon.
Score: 2 Votes (Like | Disagree)

Meanwhile, I've grown tired of endlessly trying to configure a simply home address in Maps to no avail.

I think you set that in your contact info in the contacts app.
Score: 2 Votes (Like | Disagree)

Nice. Now that they have the infrastructure in place, hopefully they can roll transit out to more cities very quickly.

Transit in NY/NJ works really well and is very thorough... and the UI is much better than HopStop.

+1
Apple Maps UI on the iPhone feels so much nicer to use.
Score: 1 Votes (Like | Disagree)
Read All Comments