Starting on Monday of this week, Apple began preparing to ship out the first batch of gold Apple Watch Editions to customers who pre-ordered in April. MacRumors readers have begun seeing credit card charges for the devices and have received shipping notifications and courier information from Apple. Some of the first Apple Watch Edition orders will begin arriving tomorrow. 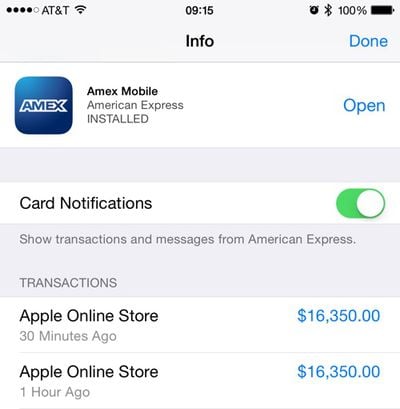 iFixit's Kyle Wiens ordered a 38mm Apple Watch Edition with a Black Sport Band and shared his tracking information and courier emails with MacRumors. His order was initially placed on April 10 and shipped out on Thursday, May 21. His delivery date was originally set for Sunday, May 24, but was moved up to Saturday, May 23.

Thus far the Apple Watch Edition has only been available in small quantities in some of the luxury fashion boutiques that have featured the Apple Watch, and it's also been seen on the wrist of several celebrities and designers including Katy Perry, Beyonce, Jay Z, Karl Lagerfeld, Pharell Williams, and more. With shipments going out over the next few weeks, we may be seeing more Apple Watch Edition models in the wild.

mj1108
What a waste for something that will be outdated in a year.
Score: 38 Votes (Like | Disagree)

Spending 16k on a freaking Apple Watch is so dumb. Shows the stupidity and excess of our time.


No dumber than what a homeless person would think about you or I spending $750 for a SS Apple Watch. Its all relative. If I made $50M a year, spending $16K for a watch is actually a WHOLE LOT less than me spending $750 with my income....
Score: 33 Votes (Like | Disagree)

paross
"Decided they can't afford it"?

More like, "wanted a screenshot to look important and frantically cancelled the order after the shipping notification..."
Score: 31 Votes (Like | Disagree)

Sema
But will it blend?
Score: 25 Votes (Like | Disagree)
Read All Comments