Apple Could Unveil Next iPhones in August, Launch to Follow in September 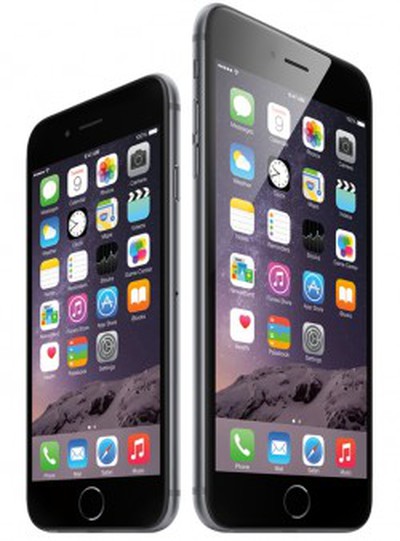 KGI Securities analyst Ming-Chi Kuo, who has a respectable track record at reporting on Apple's upcoming product plans, has issued a research note to clients that claims Apple will announce its next iPhones in August ahead of a September launch.

Apple has never unveiled an iPhone in August, having introduced early iPhone models at or around WWDC in June, the iPhone 4s in October 2011 and all subsequent iPhone models in September. It is worth noting that Kuo has sometimes been off with his launch timing predictions in the past.

The research note, a copy of which was first obtained by The China Post, also claims that Foxconn is expected to secure between 60% to 70% of orders to assemble the new iPhones. Kuo notes that Foxconn has a higher yield rate for iPhones, helping it secure the majority of orders, and adds that the Taiwanese manufacturing company will also serve as the sole assembler of the much-rumored 12.9-inch iPad.

Kuo previously predicted that the main selling point of the next iPhones will be Force Touch, the pressure-sensitive display technology built into Apple Watch and new MacBook trackpads. His other predicted features for the next iPhones, many of which have already been rumored, include an A9 processor with 2GB of RAM, improved 12-megapixel camera, a new Rose Gold color option, improved Touch ID recognition, gesture control support, a new microphone added near the speaker and more.

crsh1976
So essentially, KGI Securities analyst Ming-Chi Kuo has predicted that Apple will stick to its traditional iPhone update cycle.

So essentially, KGI Securities analyst Ming-Chi Kuo has predicted that Apple will stick to its traditional iPhone update cycle.


They usually announce them in September, not August.
Score: 10 Votes (Like | Disagree)

So essentially, KGI Securities analyst Ming-Chi Kuo has predicted that Apple will stick to its traditional iPhone update cycle.

Why are so many people liking this comment? It's not even accurate - did anyone actually read the article? :confused:
Score: 9 Votes (Like | Disagree)

HarryT
They are not announcing in August. They are simply moving the manufacturing up so that they have enough stock for launch day. They do not want a repeat of the Apple Watch launch so he is simply predicting a month earlier launch because the supply chain is a month ahead compared to previous years.
Score: 6 Votes (Like | Disagree)

Lancer
Do we get in line now?
Score: 6 Votes (Like | Disagree)

Do we get in line now?


Sorry but these new iPhone 6s' will only be available online for the first 45 days, then they will be made available to stores.

However, you may make an appointment to view the new iPhone 6s and then go home and order it online, but not in the store....
Score: 5 Votes (Like | Disagree)
Read All Comments