Apple Watch Impacts iPhone Battery Life... One Way or the Other

With the launch of the Apple Watch on Friday, the first wave of consumers have received their Apple Watches. Our forums are abuzz with activity surrounding Apple's newest device. While there were initial concerns about the Apple Watch's battery life, reports seem to indicate that the Apple Watch, itself, has no problem lasting a full day. 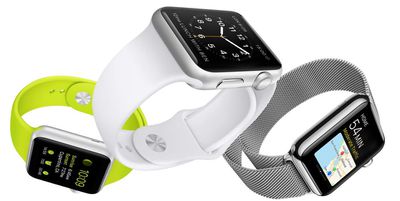 However, there have been mixed reports about the impact the Apple Watch has on iPhone battery life. The Apple Watch needs to be paired to an iPhone for full functionality. The iPhone connects to the Apple Watch via Bluetooth and Wi-Fi to feed it data and notifications throughout the day.

Some users have found a notable improvement in iPhone battery life with the addition of an Apple Watch. This suggests the act of offloading notifications and quick interactions to your Apple Watch, could make your iPhone battery last much longer.

The best unexpected but /now/ obvious surprise to having the Apple Watch is plenty of battery life on the iPhone after a full day out! — Dan James (@Daniel277) April 26, 2015

However, several other users have noticed a significant drain on their iPhone batteries in early usage with the Apple Watch.

Former Engadget editor Ryan Block had as similar experience and pinpointed the Apple Watch Companion app as the culprit. John Byrne also puts some blame on the Companion App, saying that force-quitting the app seemed to help at least a bit. A discussion thread in our forums provides similarly mixed results, with one user blaming his battery drain on checking email on the Apple Watch. Due to the inconsistency in reports, it seems that either a software bug or particular usage pattern could be a culprit.
Related Roundup: Apple Watch Series 7
Buyer's Guide: Apple Watch (Neutral)
Related Forum: Apple Watch
[ 148 comments ]

Shayanftw
And why exactly is anyone surprised?
Score: 37 Votes (Like | Disagree)

JeffyTheQuik
Well, until it ships to the user, the :apple: watch drains the battery by the user constantly checking their phone to see if it has shipped.

willwritefortea
Battery life on my 6 has definitely gotten better. Home and lock screen usage has gone way down.

Both the watch and my phone lasted a day of normal use with no problems. Neither dipped below 30%.
Score: 24 Votes (Like | Disagree)

bunnicula
I'm having absolutely no issues with iPhone battery life.

It seems pretty much the same as it did without the Apple Watch.
Score: 23 Votes (Like | Disagree)

This is why you never buy a first gen Apple product. Let someone else be Apple's beta testing guinea pig. #S-Upgrade-Cycle-4-Life

You know what they say: Fools rush in and get to enjoy the latest device for a full year or more, where wise men kvetch and moan.
Score: 17 Votes (Like | Disagree)
Read All Comments