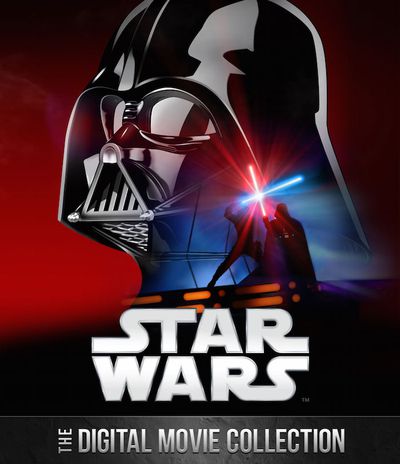 “We’re thrilled that fans will be able to enjoy the Star Wars saga on their digital devices wherever they go,” commented Lucasfilm president Kathleen Kennedy. “These films broke new ground in technology, design, sound, and visual effects, and we’ve created some very special bonus material which delves into the saga’s rich history, including new and never-before-released conversations between legendary Star Wars artists — the masters who helped George bring his iconic universe to life.”

The new special features are broken into two new categories. The first is titled "Conversations", which has key members of the cast and crew talking about the productions of all the films. The second is titled "Star Wars: Discoveries From Inside", which features new looks at the making of the movies, from models and miniatures to costume design.


The full list of bonus features can be found at the Star Wars website. The versions included in The Digital Movie Collection are not the original theatrical versions of the films, and are instead the altered versions found in the Blu-Ray editions of the movies. Additionally, the New York Times reports they will not be available for rent.

All six Star Wars movies are currently available for pre-order on iTunes for $19.99 each, however it is currently unclear if there's special pricing for the entire collection. [Direct Link]

Bill Killer
Let me know when the original theatrical releases are available.
Score: 39 Votes (Like | Disagree)

zorinlynx
"All six Star Wars movies will be available digitally for the first time..."

WHY are people using "available on digital" to mean "available to download"? Why not just say "Available for download"?

Maybe I'm a bit OCD but this misuse of the word "digital" drives me nuts!
Score: 28 Votes (Like | Disagree)

BB1970
There were only 3 movies
lalalalala fingers in ears lalalalala
Score: 21 Votes (Like | Disagree)

levitynyc
Yuck at the price. THE BLURAYS ARE CHEAPER!

Yuck at it being the Special Edition crap.

Yuck that Vudu has it for 89.99 and works with Disney Anywhere.
Score: 8 Votes (Like | Disagree)

nostaws
Is there a special version that has all of the scenes with jar jar binks removed? I'd pay a premium for those.
Score: 6 Votes (Like | Disagree)
Read All Comments