Google today announced a forthcoming update to its Google Translate app for iOS that will bring instant camera-based translation and automatic language recognition to Apple's mobile devices. This will be Google's first update to the translation app in nearly a year.

The updated translation app improves upon the current text recognition feature by incorporating the real-time translation technology that Google acquired with Word Lens last year. Instead of capturing a photo for translation, users can point their phones at signs, menus and other text and immediately view overlays containing the translated phrases.

At launch, this Word Lens feature will support a limited number of languages (English to and from French, German, Italian, Portuguese, Russian and Spanish) with additional languages expected in the future. It also will work even when there is no available Internet connection.

Google has also added a new real-time conversation mode that is available for the first time on the iOS platform. Previously incorporated into Android, this real-time mode improves the flow of a conversation by automatically detecting the languages being used by the participants. Once language identification is complete, users can speak at a natural pace without needing to tap the mic between each side of the conversation.

Google is rolling out the Translate update across its platforms with the iOS version debuting in the next few days. Google Translate is a universal app and available for free in the iOS App Store. [Direct Link]

Update 10:42 AM: The Google Translate update is now available in the App Store.

filmantopia
Word lens blew me away the first time I saw it in action. It's definitely a vision of the future. Imagine your glasses being able to do this in front of your eyes.
Score: 10 Votes (Like | Disagree)

Word lens blew me away the first time I saw it in action. It's definitely a vision of the future. Imagine your glasses being able to do this in front of your eyes.


In some countries you don't even need Word Lens technology to get terrible machine-translated nonsense. 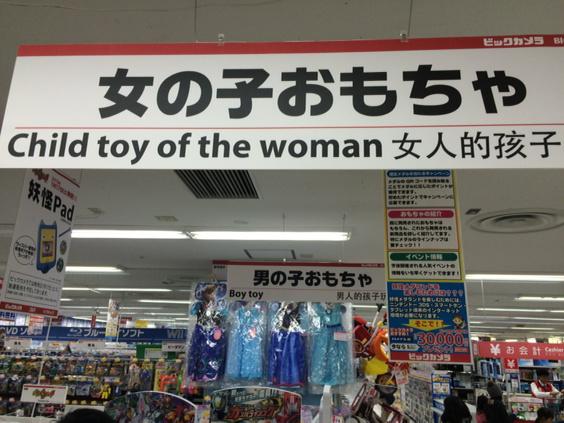 DMinTX
This is the Google Glass killer app.
Score: 3 Votes (Like | Disagree)

technosix
I'm a supporter of both Apple and Google. It seems within these forums I've followed for years, many have felt threatened by Google just as though they work for Apple, a very interesting dynamic.

Both with their strengths, I find it refreshing that Google is so fearless and very focused on true innovation. Not afraid to fail, they've brought a lot of great ideas to fruition.

Reminds me of Apples early days before they adopted a more conservative position. Now limited to consumer electronics and masterful marketing Apple's expanding the gadget world quite nicely.
Score: 3 Votes (Like | Disagree)

jimcartermdw
it's translated wrong, it's exit to city
****ing google transltate, when will get translate properly
Score: 2 Votes (Like | Disagree)

Given how it works now, that would be a pretty nauseating experience.

I tried WordLens for travel in Italy (this is before Google bought it). Sometimes it gets you a word or three but you have to hold the iPhone very steady and even then WordLens is constantly guessing, often wrongly. But the really big problem with this tech is doesn't have any sense of word meanings or phrasing, so the word-by-word translations are often comically bad.


yes, because "in the future" nothing in tech ever gets way better. :rolleyes:
Score: 2 Votes (Like | Disagree)
Read All Comments