Mojang today announced a significant new update for Minecraft Pocket Edition. The update promises numerous graphical enhancements and bug fixes and is the first major update to the game since the Stockholm-based developer was acquired by Microsoft for $2.5 billion back in September.

Today's update to the game focuses mainly on bug fixes, but there are a few notable additions to the popular block-building game as well. The 0.10 update adds gold mines into Mesa biomes, a day and night option for playing in Creative Mode, and more options for fences and gates. 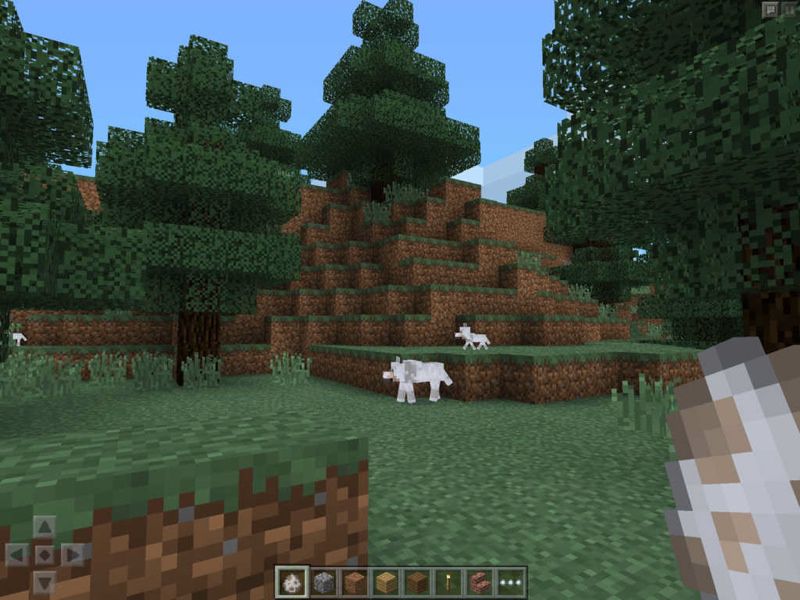 Prettier water, fog, and lighting effects round out the graphical overhaul features of the 0.10 update. Mojang also promises improved performance on many devices the game is available for, a fix for the bug where baby animals could not swim, and the tease of "lots more cool stuff that you can discover for yourself."

We’ve improved the graphics, increased performance, and killed off heaps of bugs in one massive update. We’ve also stopped baby animals from sinking when they try to swim because that’s just mean. Update and have fun!

- Loads of bug fixes!
- More watery-looking water
- Foggier-looking fog
- Even more particles than before
- Tinted lighting on terrain and mobs
- Improved performance on many devices
- More fences! More fence gates! Everyone loves fences
- Gold mines in Mesa biomes. Get rich quick
- Baby animals can now swim without sinking
- Play Creative Mode during both the day and night
- Lots more cool stuff that you can discover for yourself

Though the initial launch of the iOS version of Minecraft was met with skepticism due to its large lack of parity with desktop versions, numerous updates such as today's have gotten Pocket Edition closer and closer to its PC and console counterparts.

Minecraft Pocket Edition can be downloaded from the App Store for $6.99. [Direct Link]

How close is this version to the console game?


In a way it's actually better than the console versions, possesses infinite worlds like its PC counterpart. On the other hand there is currently no redstone support.

Bukkit closing down had nothing to do with MS. The controversy arose over GPL licensing issues when a former contributor decided to DMCA the project after the manager decided to close it down and Mojang stopped him (Mojang bought Bukkit several years ago).


And other server software like Spigot are pretty close to releasing 1.8 support.
Rating: 1 Votes

I used to play the desktop version with my friends, hosting a private server. Good times. I'm afraid of what Microsoft is going to do to this game in the future when I think of how they killed Rare. Bukkit already got abruptly killed off around the time of the acquisition, and I suspect MS had something to do with it. :(


Bukkit closing down had nothing to do with MS. The controversy arose over GPL licensing issues when a former contributor decided to DMCA the project after the manager decided to close it down and Mojang stopped him (Mojang bought Bukkit several years ago).
Rating: 1 Votes