Sony today announced a new advanced image sensor designed for use in smartphones, which uses a new "stacked" design to cut down on size while introducing improved image quality and faster speeds. Apple uses Sony sensors in its iPhones and iPads, so it is likely that Sony's stacked sensor technology will make it into future iOS devices at some point.

The new 21-megapixel Exmor RS IMX230 sensor is built with a chip that stacks a pixel section and a circuit section on top of one another, which allows Sony to build improvements into each aspect of the sensor individually, leading to dramatic improvements. Sony's been using stacked sensor technology since 2012, but its newest sensor introduces new autofocus and HDR technology.

According to Sony, the IMX230 sensor is the first CMOS sensor for smartphones that includes plane phase detection autofocus signal processing with 192 autofocus points, resulting in much faster tracking of moving subjects that happens almost instantaneously. 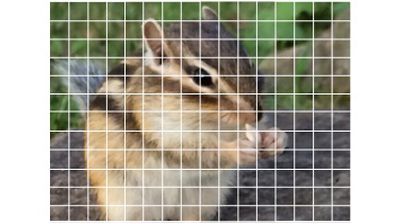 HDR video from existing IMX135 sensor with 3.2 effective megapixels on left, IMX230 21-megapixel HDR image using IMX230
Sony is known for making some of the best image sensors available, and Apple has long used Sony sensors in its iOS devices. Sony's new image sensor will begin shipping in April of 2015, and while it is likely the new sensor technology will make its way into Apple's iPhones and iPads, it is unknown when that might occur.

Apple does not typically use high-megapixel sensors in its iPhone or iPad, but Sony is planning on producing a 16-megapixel version of the IMX230 in 2015, which would be appropriate for iOS devices. It's possible Apple could use the 16-megapixel version of the IMX230 in the 2015 iPhone 6s and 6s Plus, but it's also possible that the sensor won't be utilized until 2016 or later as Apple often uses slightly older sensors in its devices.

Tom's Hardware believes that the next-generation iPhone 6 and 6 Plus may incorporate either the upcoming 16-megapixel IMX240 sensor from Sony or the 13-megapixel IMX135, which Sony first introduced in January of 2013.

It's not known exactly which sensor is used in the current iPhone and iPad, but camera experts have speculated that the iPhone 6 and 6 Plus use the Sony ISX014 sensor, an 8-megapixel sensor that Sony first introduced in October of 2012.

Jack Delgado
This means we can go EVEN THINNER
and still have a protruding lens
but THINNER
Score: 29 Votes (Like | Disagree)

X5-452
At 16 or 21 MP images, Apple better have some sort of 256GB iPhone / iPad model somewhere in R&D to ensure there is enough space on the devices for those file sizes!
Score: 12 Votes (Like | Disagree)

Wuiffi
There are a few things everyone should know before talking about image sensors (especially in smartphones)
1. More Megapixels in smartphones (due to a very small pixel pitch) actually means a worse SNR (signal to noise ratio) than less megapixels, resulting in an overall worse image. This is due to wiring and other stuff "getting in the way" of the photons (And this can NOT be corrected by Downscaling)

2. The sensor it not the only important thing when it comes to image quality, you have to consider the whole image pipeline, optics, ISP etc

3. The size of a camera module depends on the sensor size and the focal length.
Wait, actually this is no longer important, now that we have a protruding camera. So Apple, give me a 1/2.4" or better 1.1.7" sensor :D

What I personally would like to see (maybe not 2015 but soon)
* bigger (1/2.4") sensor
* curved sensor with an alternative color layout (similar to Foveon or Sonys new patented color shift layer)
* 9-10MP (4k need about 8.4 MP and then people finally shut up about it ^^)
* other improvements in sensor technology
Score: 7 Votes (Like | Disagree)
Read All Comments