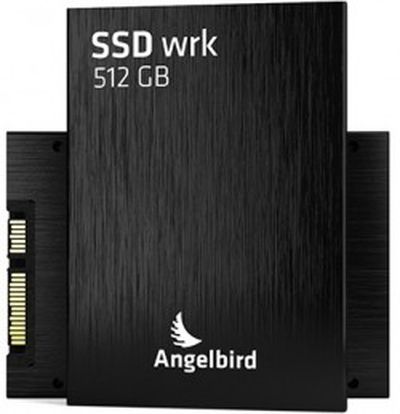 With the growing popularity and declining cost of solid-state drives (SSDs) for Macs and other personal computers, users have becoming increasingly interested in putting third-party SSDs into their machines. But one issue Mac users have been running into involves support for TRIM, a system-level command that allows the operating system and the drive to communicate about which areas of the drive are considered unused and thus ready to be erased and rewritten to.

Without TRIM, writes to the drive can see significant slowdowns as the system must read and erase each block on the fly before writing new data. But unfortunately for users looking to install third-party SSDs into their machines, Apple only officially supports TRIM on Apple-branded SSDs. Workarounds such as Trim Enabler have naturally been developed to enable TRIM on non-Apple SSDs, but a new lineup of SSDs released earlier this month by Austrian firm Angelbird claims to be the first third-party SSD to support TRIM right out of the box with no need for additional software tweaking.

Exactly how Angelbird has achieved native TRIM support on Mac is unclear, as the company has not responded to requests for comment. French site MacBidouille reports [Google Translate], however, that Angelbird's SSDs appear to simply be masquerading as genuine Apple SSDs, thereby qualifying for native TRIM support. While the method appears rather questionable and likely to draw Apple's attention, the drive could still be an appealing option for users looking for the easiest possible solution for upgrading to an SSD.

OS X Yosemite has added yet another wrinkle for third-party SSD users, as the new kext signing security measure included in the new operating system means that Yosemite systems will refuse to load modified drivers such as those used by TRIM-enabling software. Cindori, the company behind Trim Enabler, is for now recommending that users interested in enabling TRIM on third-party SSDs with Yosemite disable the kext-signing check entirely. The company acknowledges that turning off this global setting is far from ideal and "for most users it will not be worth it", but for now it is the only solution.

Angelbird has not specified whether its SSDs bypass the Yosemite TRIM issues, but if the drives do indeed simply qualify as Apple SSDs due to the way the model number is presented, it is possible that native TRIM support may still function under Yosemite. Angelbird's SSD wrk lineup is available in three capacities: 128 GB, 256 GB, and 512 GB starting at an MSRP of $99.99.

Samsung is the best consumer SSD brand and has been for the last 3 years. If you've got the money, go for the 850 Pro otherwise 840 Evo is still better than the other brands. Don't worry about trim; you can use trim enabler for that and these drives have excellent garbage collection management regardless.


While all of that is true, and I'll second the Samsung recommendation (but make sure you get the firmware update for the EVO that was just released!) ...

It pisses me off to no end that Apple doesn't support TRIM on third-party drives. Windows 7/8 universally supports TRIM, Linux universally supports TRIM. Why doesn't OS X? It's like their lack of AHCI support when you're using Bootcamp (or anything that doesn't boot into EFI). There's just no reason for it other than to go out of their way to gimp performance when something is not 100% Apple.
Score: 21 Votes (Like | Disagree)

KALLT
I hope that they can keep this up and that Apple cant do anything about it. This whole Trim debacle with Yosemite makes me very angry.
Score: 19 Votes (Like | Disagree)

Angelbird claims to be the first third-party SSD to support SSD right out of the box with no need for additional software tweaking.

I would sure hope an SSD would support SSD out of the box :)
Score: 16 Votes (Like | Disagree)

What about the cost of these drives?

2984839
A lack of Trim is really nothing to worry about on drives with good garbage collection and some over-provisioning.
Score: 11 Votes (Like | Disagree)

TitaniumTiti
This is getting ridiculous from Apple to block such a basic feature on third party SSD. Shame on them for this. It's supported by all other OS (not most advanced operating system!). Seriously, this is a bad joke. Enough is enough at some point...
Score: 9 Votes (Like | Disagree)
Read All Comments