The latest Yosemite update can be downloaded from the Mac App Store and through Apple's Mac Developer Center.

Over the course of the beta testing period, each Developer Preview has added new features and refined the look and performance of OS X Yosemite, although changes have become less obvious in more recent builds as Apple begins finalizing Yosemite ahead of its public release, which is expected in late October.

These aren't GM's. They are GM Candidates. Don't know why this is so hard for some people to understand. :rolleyes:
Score: 43 Votes (Like | Disagree) 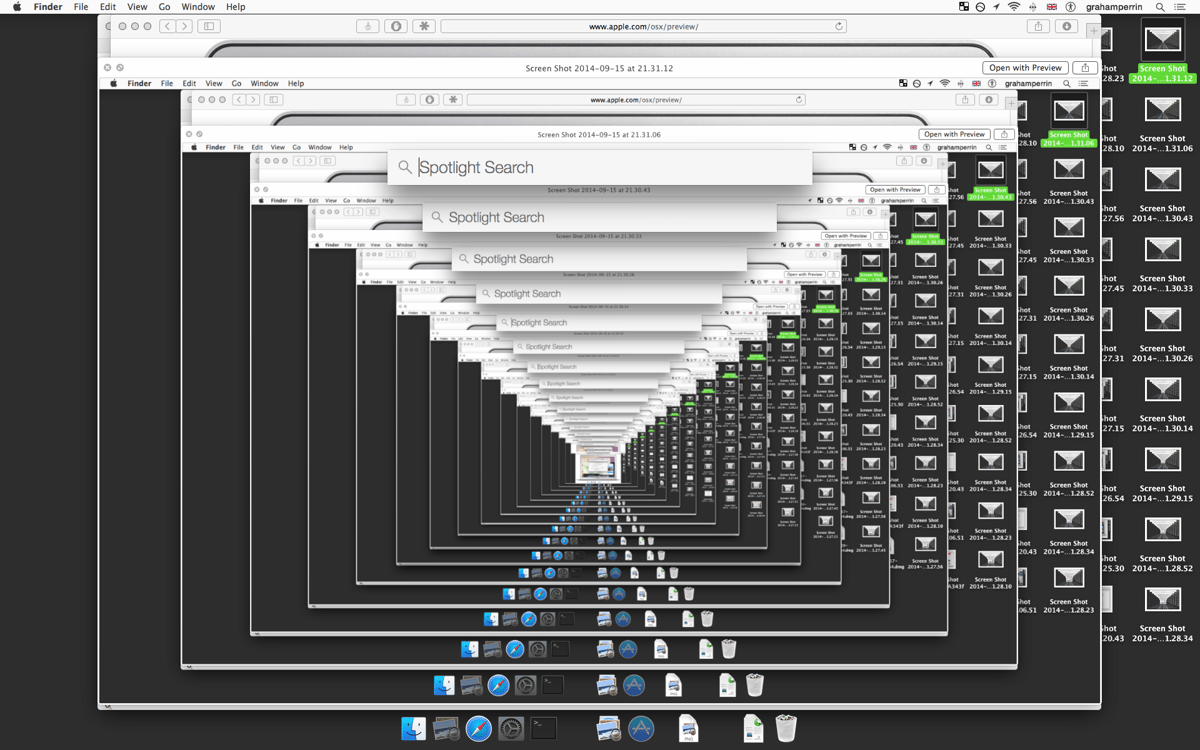 lol, they *still* haven't fixed this extremely visible bug. I guess everyone at Apple uses the transparency.

I predict another GM candidate on Monday.

Cougarcat
lol, they *still* haven't fixed this extremely visible bug. I guess everyone at Apple uses the transparency.

I predict another GM candidate on Monday.
Score: 13 Votes (Like | Disagree)
Read All Comments