iPhone 6 Component Costs Estimated to Begin at $200, Samsung Supplying Some A8 Chips 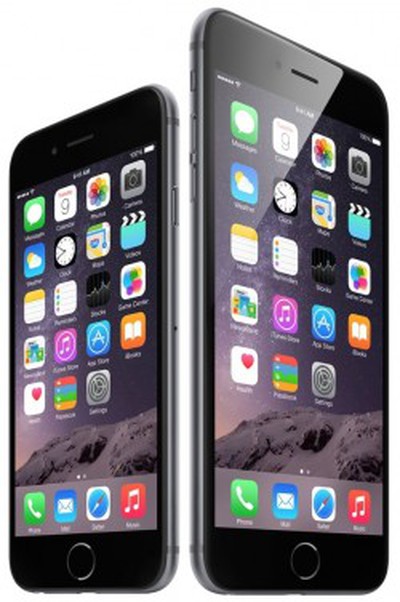 As it routinely does for new devices, IHS iSuppli has taken apart the iPhone 6 and iPhone 6 Plus in an effort to estimate Apple's costs for the components included in the new devices, sharing the results with Re/code. According to IHS iSuppli's teardowns, parts and labor costs for the iPhone 6 are estimated to begin at $200 for the 16 GB iPhone 6 model, giving Apple a roughly 69 percent gross profit margin on the devices.

That number of course does not take into account an array of other costs, from research and development to software to marketing and distribution, but it does offer an interesting glimpse at what goes into an iPhone.

Apple does earn slightly higher margins on higher-capacity iPhone 6 models, as the 128 GB of storage is estimated to cost $47 more than the base 16 GB storage while the device retails for $200 more.

The iPhone 6 Plus is also a higher-margin item for Apple, with IHS iSuppli estimating the device costs just $16 more to produce than the corresponding iPhone 6 models, with roughly half of that difference coming from the display and the remainder presumably related to the rear camera module with optical image stabilization, a larger battery, and other minor differences.

Another interesting observation from IHS iSuppli is that Samsung does indeed remain involved in production of the main A-series processor for the iPhone. Early teardowns had shown the iPhone 6 and 6 Plus using A8 chips manufactured by TSMC for the first time, but IHS iSuppli says TSMC is providing 60 percent of A8 chips while Samsung is handling the remaining 40 percent.

nagromme
Yes, because a "ziploc bag of parts" (some manufactured by means ONLY Apple has) is Apple's full cost.

...The cost of those parts are what they are to recover R&D expenses.

Thus, the only aspect of the iPhone evaluation that isn't being correctly assumed is ergonomics, advertising and software. As none of those things can be quantified. ...

"Correctly assumed" is wrong: iSuppli does NOT know Apple's R&D details. They don't know much--they guess as best they can at certain elements, because it's free publicity for them.
Score: 15 Votes (Like | Disagree)

Samsung still making the processors for their biggest consumer rival, the likes of which they mock commercially.

Makes it easy to believe in an oligarchical world where competition is an illusion :O

Remember, all of these large corporations care for one thing and one thing only... money.

The rest is an illusion perpetuated by their own exclusive fan base.

Apple fans are convinced that Jobs and now Cook really care about them as people. And through that, want to provide their customers a personalized welcoming experience. The reality is, that's all imaginary. All they want is to turn huge profits, make their stock holders happy and keep their jobs for as long as possible.

At least this article addresses the fact that it doesn't cost $200 to make an iPhone 6 - millions went into R&D and testing and such.

How many millions is key. If it was $150 million, that would add a dollar to the cost of the iPhone since they will sell somewhere around 150 million a year. If it is $1.5 billion, it would add $10 per phone.
Score: 7 Votes (Like | Disagree)

isoft7
Don't put too much stock in the "RD" argument.

Remember, when they make these calculations, they're evaluating cost of individual components.

The cost of those parts are what they are to recover R&D expenses.

Thus, the only aspect of the iPhone evaluation that isn't being correctly assumed is ergonomics, advertising and software. As none of those things can be quantified.

That said, over the sale of all phones, given that much of what is now was taken from research prior, I wouldn't imagine the cost to produce being more than an additional $15 or so.

Bottom line, Apple could sell these devices for a LOT less. But they know their customer base well... they'll buy and pay for just about anything with the Apple logo on it. (that's blunt truth folks)
Score: 7 Votes (Like | Disagree)

0815
and this does not even include the R&D that goes into those devices ....
Score: 7 Votes (Like | Disagree)
Read All Comments

Friday May 7, 2021 2:07 pm PDT by Juli Clover
Amazon today announced that it is teaming up with Tile to add Amazon Sidewalk integration to Tile's Bluetooth trackers. Amazon Sidewalk, for those unfamiliar, is a network of Amazon Bluetooth devices that's designed to improve the connectivity of devices like the Ring and Amazon Echo. Tile will now be joining Amazon Sidewalk, and through this integration, Amazon Echo and Ring devices will be ...
Read Full Article • 159 comments