Following today's media event that saw the introduction of two new iPhones and Apple's long-rumored wearable device, members of the press were invited to go hands-on with all of Apple's new products. Several sites have posted hands-on first impressions of the Apple Watch, which we've gathered up below to give an overall picture of the look, feel, and function of the device.

First of all, Jared Nelson from our sister site TouchArcade was able to get a hands-on glimpse at the Watch, and an overview from an Apple employee who walked him through several different features on the device. "We are truly living in the future," said Nelson after trying out both the Watch and the iPhone 6.


According to The Verge, the smaller Watch model felt "very solid and surprisingly light," and the wrist strap was "supple" and comfortable to wear. The site also thinks the device looks "better than most of the smartwatch competition out there," and got a look at the "Digital Crown" control. 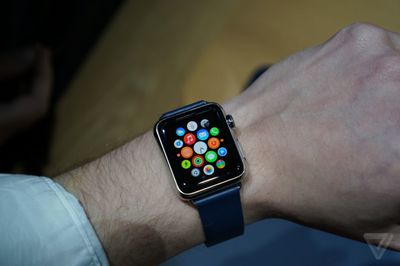 The "digital crown" that Tim Cook spent so much time enthusing about on stage did its job when an Apple representative showed it to us, but unfortunately I wasn't able to try it for myself. That said, if the model running the demo loop is any indication, the dial offers very little resistance. It didn't exactly spin around freely, but neither did I feel any clicking or other forceful feedback as I twisted it. Presumably the feeling that I wasn't getting much feedback from the dial itself is mostly a function of the fact that it wasn't doing anything on the demo unit -- and so spinning it will feel quite different when it's moving software around.

Engadget also got a chance to try out the watch, but wasn't able to test specific features as the demo units were only displaying screenshots. The site tried both the polished steel version with a leather loop strap and the aluminum Sport version, saying that both had an "impeccable" build quality.

The bands were both comfy, though I preferred the look and feel of the leather loop. The magnets inside the leather seem to do the job of clasping well, though without the same magnetic force as those accustomed to the MagSafe connectors found on Apple laptops. As for the rubber sport band, I had some trouble fitting the metal nubbin into its appropriate hole, and I got a little pinch on the underside of my wrist when tucking it into the band. We imagine we'd get the hang of fitting it quickly and painlessly eventually, but our first time strapping it on was not all pleasant.

Gizmodo's first impression of the Apple Watch is that it "could live up to its promises" and that it feels "significantly more premium" than the LG G Watch and the Samsung Gear Live. The site also praised the "digital crown," saying that "it feels like you're wearing a watch that just happens to be digital."

As for the software, I wish I could tell you more. I watched my new Apple friend demonstrate Glances, which brings up Google Now-like info cards with an upward swipe, that can be rotated through with subsequent right and left swipage. I can confirm that it works, and that it was zippy, at least on this pre-release model.

SlashGear says that the Watch's display is "bright and vivid," and that Apple's choice of materials makes the device feel "premium and solid."

What helps differentiate the Apple Watch from other smartwatch attempts is the sheer range of options and customizations possible. Other platforms perhaps allow for a couple of strap changes, and maybe two or three case colors; Apple, on the other hand, has put out a full three ranges of different options.

Based on the several first impressions of the device, it appears that Apple has quite a bit of work to do to perfect the software and the interface, even if the device itself appears complete hardware-wise. Apple is planning to wait until early 2015 to debut the device, which gives it plenty of time to iron out the kinks. Check out our full Apple Watch post for more details on the device.

NMF
Hey guys, Google here. Today we are pleased to announce a revolutionary new product category. This amazing device was designed from the ground up be worn on your wrist. It has a magnificent circular touchscreen, the first of its kind. Truly magical. In terms of design, our goal was to create an elegant fashion accessory that wouldn't look out of place alongside premium Swiss timepieces. We're extremely proud of what we came up with, and we think that our customers are absolutely going to love it. 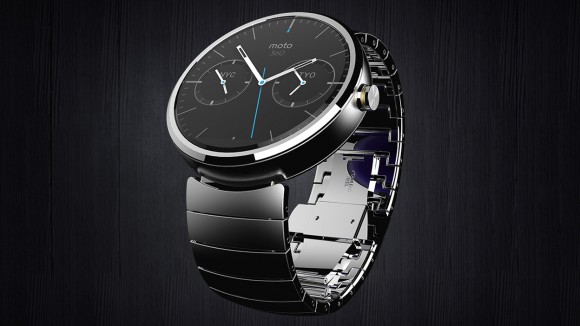 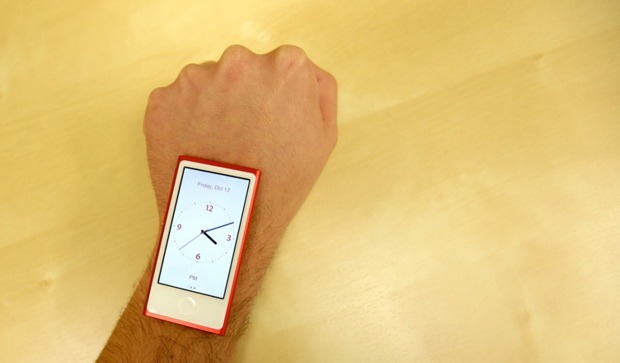 
I can NOT believe how cheap that thing looks.

I was actually expecting a beautifully designed, iconic watch... not even close.

IJ Reilly
From someone who has actually seen one:

The site tried both the polished steel version with a leather loop strap and the aluminum Sport version, saying that both had an "impeccable" build quality.

...and from someone who has not.

I can NOT believe how cheap that thing looks.

Who to believe? Tough call.
Score: 36 Votes (Like | Disagree)

I hate it when people say this type of stuff. It's sensationalist, ridiculous, and insulting to his memory.

However on this occasion, I completely agree.
Score: 36 Votes (Like | Disagree)

Kwstas
This watch is so innovative that under direct sun and wearing sunglasses you probably can't see what time is it.
Score: 28 Votes (Like | Disagree)
Read All Comments